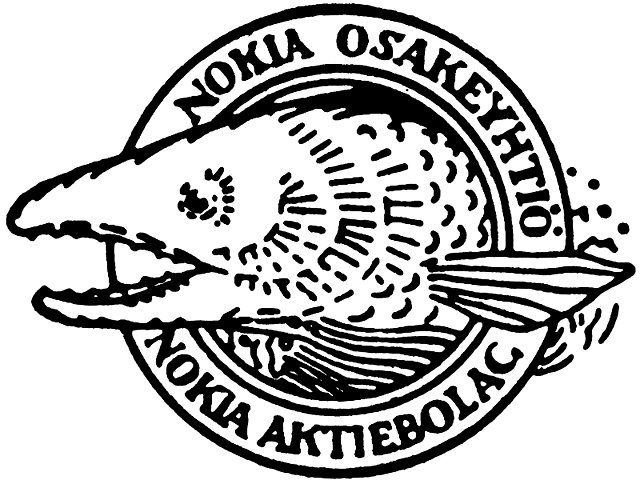 Let's face it, Nokia has seen better days. The Finnish company, which was once head, shoulders and knees above the competition in the mobile arena, has seen its market share dissipate over the last decade or so, and its once all-conquering mobile business is now firmly within the clutches of tech superpower Microsoft.

However, I'll bet most of you didn't know that Nokia is actually far older than most of the giants that have swarmed all over its old territory. The company was around long before anyone had even dreamt up the concept of the mobile phone. The present day firm's origins can be traced all the way back to the 1800s -- seriously.

In 1960, Nokia decided to slide one of its many fingers into the telecommunications pie. The cables arm of the company set up an internal electronics department, where a team of employees worked on radio-transmission equipment. In the 80s, 90s and early 2000s, paper, tires, footwear, TVs, computers, robots, chemicals and military equipment were slowly thrown out of the window, leaving telecommunications as Nokia's primary focus.

During 1999, the company released the Nokia 3210 and it sold extremely well. Actually, that's an understatement. Along with the 3310, which followed in 2000, the mobile phone quickly became one of the most popular consumer electronics of all time, selling well over 100 million units. The Nokia 1100, which came out in 2003, attracted equally meteoric levels of interest. Unfortunately though, the glory years wouldn't go on forever.

Armed with the Symbian operating system, the Finnish firm at first adapted to the smartphone age very quickly indeed, boasting around a 40 percent market share as recently as late 2008. However, iOS, Android, RIM and Windows Phone were in hot, relentless pursuit. The former three steadily grew in popularity, and by 2010, Nokia was one of very few OEMs still using Symbian, with the majority of manufacturers fleeing to Google's mobile OS.

In 2011, under former Microsoft executive Stephen Elop's stewardship, the company signed a long-term deal with Microsoft, and Windows Phone became Nokia's sole mobile operating system of choice. A long series of questionable decisions were subsequently made, and it is widely recognized that Nokia single-handedly carried Windows Phone, its excellent Lumia hardware largely making up for a barren app store.

To add insult to injury, Microsoft then picked off Nokia's Devices and Services division in early 2014, with Elop returning to the Microsoft fold and receiving a very healthy payout indeed.

The transformation of a one-time paper mill-supplier into a world-leading mobile phone manufacturer is as impressive as it is bizarre. Its fall from grace was frighteningly swift. I for one would love to see Nokia rediscover its form, but it's going to need Microsoft to buck up its ideas.