Forget iOS 8, a hacker gets Windows 98 running on iPhone 6 Plus 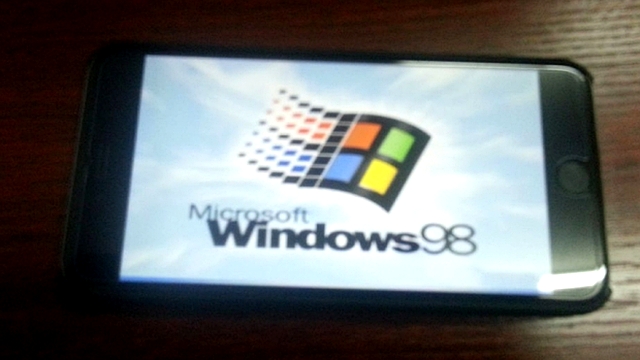 An enterprising Chinese hacker has decided to ditch iOS 8 from his new iPhone 6 Plus, and instead run… Windows 98.

Yes, Microsoft’s venerable desktop OS runs quite readily on Apple’s new phablet by all accounts, even if there isn’t much point to installing an old incarnation of Windows on a modern smartphone.

The news comes from a Chinese tech forum, bbs.feng.com, via the Telegraph, which reports that Windows 98 was put on the phone using the iDOS emulator (which lets folks play old DOS games on their iPhone).

There are images provided (check one of them out above) and it’s certainly a novel thing to see Windows 98 on an iPhone, but as we’ve already said, the practical applications of this are, well, pretty much zero. Particularly considering the screenies mostly show error messages as Windows struggles to cope with its new environment ("Where am I… a what-phone now?"). Of course, they’re all in Chinese so we don’t have a clue what they say.

At any rate, who knows, maybe we will see the convergence of desktop and mobile operating systems for real before you know it. While Apple is only edging iOS and OS X closer together right now, Microsoft appears to be going all-out for the 'one OS to rule all devices'.