Jolla teases 'something BIG' is coming 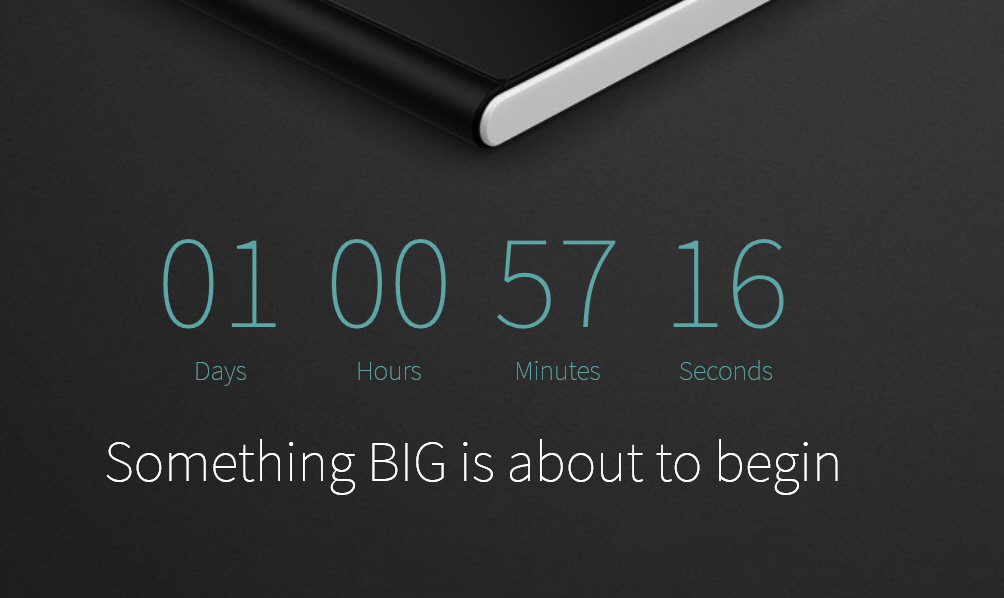 Finnish firm Jolla looks set to release its second smartphone after teasing the release of "something BIG" on its website.

The company, which launched its first foray into the mobile handset market last year, revealed a countdown to a mystery announcement at 11:00 GMT on 19 November.

Speculation has mounted that the firm is set to release a follow-up smartphone, but apart from a zoomed-in image of the corner of the device, details are thin on the ground.

The teaser’s emphasis on the word "BIG" does indicate that the yet-to-be revealed device could be a larger handset or even a tablet.

The first Jolla smartphone was launched in November 2013 and boasted a 4.5in display, 16GB of internal storage and an 8-megapixel back-facing camera. The device also utilized the company’s own Sailfish operating system, which is Linux-based and capable of running Android applications via a proprietary capability layer.

It is predicted that the new device will still continue to use Sailfish, but the hardware is likely to differ from last year’s Jolla handset.

While the first Jolla release didn’t have the scale of some of the larger smartphone launches like the iPhone 6 or Samsung Galaxy series, the company is highly regarded, with it being largely made up of former Nokia employees.

The full details regarding the Jolla announcement should be available Wednesday.