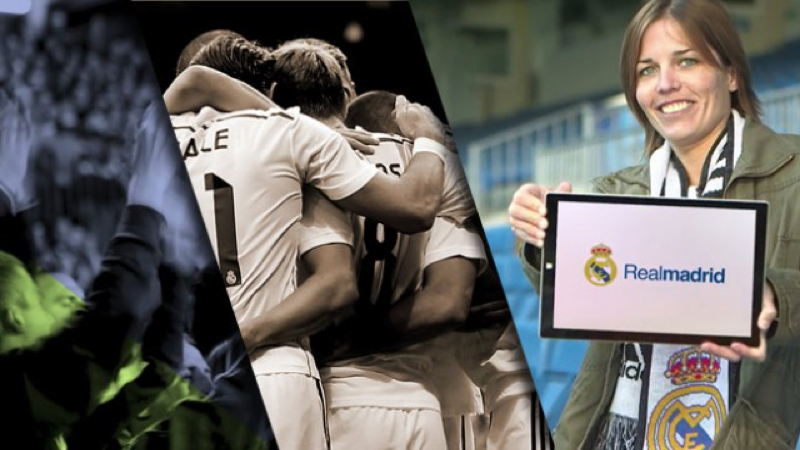 Microsoft has agreed a four-year deal with Real Madrid rumored to be worth $30 million that will see the technology giant revolutionize Europe’s most successful club with a "digital transformation".

The new partnership sees Microsoft become the team’s strategic technology partner that involves building a digital platform to boost fan interaction across all devices and various other projects in the coming months.

Real’s new digital platform will allow fans to access experiences, content and exclusive digital services either in the team’s Santiago Bernabeu stadium, at home or at any other location. As well as this there will be a wealth of data on all players, past and present, and the chance to delve into statistics from specific games.

The platform goes deeper than that by providing supporters the chance to access the stadium virtually at any time before, during or after each game, and it is powered by Microsoft’s Power BI for Office 365.

"Today is the start of a long journey that Real Madrid and Microsoft are embarking on together, heading toward the full digital revolution of the club. This new era translates into an unprecedented personalized experience for supporters that will allow millions of fans from all over the planet to enjoy their passion for Real Madrid anywhere, anytime and on any device," stated Orlando Ayala, corporate VP and chairman of emerging markets at Microsoft.

Another strand to the agreement sees Microsoft lay on its devices and services to Real Madrid such as Surface Pro 3 tablets being given to all players and coaching staff. There is also scope for further collaboration on "useful information and knowledge" that could eventually see partnerships on joint research projects with Microsoft Research.

The latest deal between the two comes after an agreement signed by Microsoft with Real Madrid’s foundation last year and it’s still rumored that the company will eventually buy the naming rights to the new Santiago Bernabeu, when it is built.