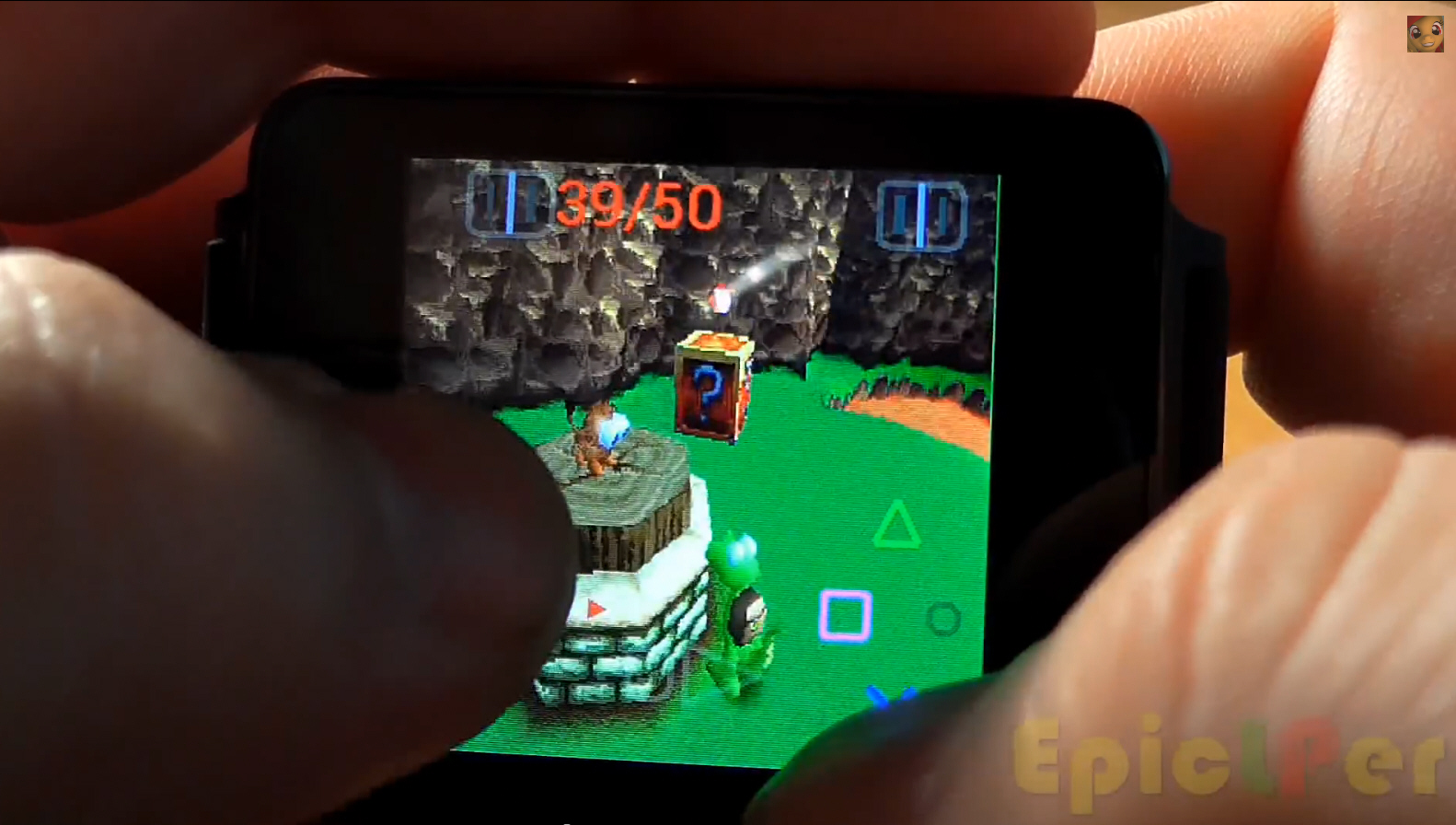 With the latest smartwatches boasting a significant amount of processing power, it was only a matter of time before fans of classic video games starting emulating older titles to run on them.

Now, one particular retro enthusiast has managed to run PlayStation One games on their Android Wear device.

While the individual responsible for getting the emulation to work, known as EpicLPer, claims that it was a relatively simple process, the watch would have had to have been rooted and several unauthorized apps installed.

With Android Wear boasting a Snapdragon 400 processor and 4GB of internal storage, users simply then have to install a PSOne emulator and their video games of choice.

Other smartwatch owners have also recently shown that Flappy Bird and Minecraft can be played via wearable tech gadgets.

Gamers can also connect a MOGA controller to their Android Wear smartwatch, which judging by the below video, might be a good idea.

Using touch screen controls across the device’s small display means almost half of the game is obscured any time you press a button -- but practicalities normally take a back seat when it comes to retro gaming emulation.

In the past, individuals have modified calculators and even oscilloscopes (basically anything with a screen) in order to play video games.

Of course, a smartphone will offer a better emulation experience than a smartwatch in most cases, but it is still impressive to see how powerful these tiny wearables are becoming.