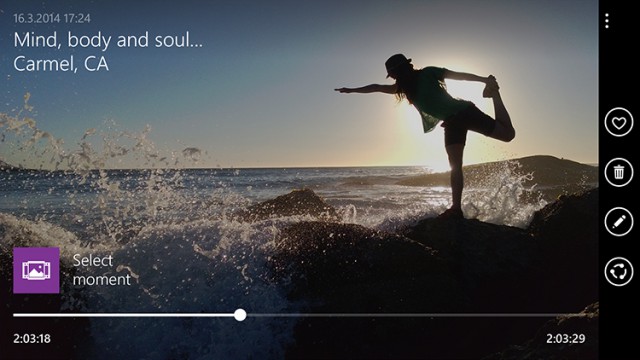 Microsoft is keeping its promise of delivering Lumia Denim in the last quarter of 2014, as the firmware update is rolling out now. However, most devices which are slated to get it will only receive it starting early next year.

"The Lumia Denim update has started rolling out to a limited number of devices in selected markets, and will continue arriving in waves by device", says Microsoft's Adam Frasier. "A wider rollout of Lumia Denim to all Lumia smartphones running Windows Phone 8.1 is expected to begin in early January, following partner testing and approvals". I wouldn't be surprised if the roll-out ends very late in Q1 2015.

Lumia Denim has been much-awaited by Lumia users across the globe, as it features some much-needed improvements. Most changes are in the imaging department, where top Lumia smartphones are set to receive features like 4K video recording, auto HDR, and low shot-to-shot times.

Microsoft adds that the time between consecutive shots will be "just milliseconds", 4K video recording will happen at 24 FPS, there will be Dynamic Flash and Dynamic Exposure in the camera app with after-the-fact editing, and improvements to imaging algorithms.

Of course, not all top Lumia smartphones will benefit from these changes, as, for instance, 4K video recording will not be offered on Lumia 830, due to hardware limitations. There are other features as well, which you can check out here.

After Microsoft initially revealed that Lumia Denim will roll out this quarter, UK mobile operator O2 came forward and revealed that it actually expects it to start next year. At the time, the carrier said that Microsoft needed to ensure a "smooth and reliable experience for all customers", hence the delay.

However, looking at the list of Lumia devices which are receiving Lumia Denim now in Europe, it looks as if Microsoft has managed to get it sorted out much sooner. That said, we are only talking about a few models in each market, focusing on the most popular Windows Phone, namely Lumia 520, and some of the latest-available models, like Lumia 830 and Lumia 630.