But first a look back at Bob's predictions for 2014 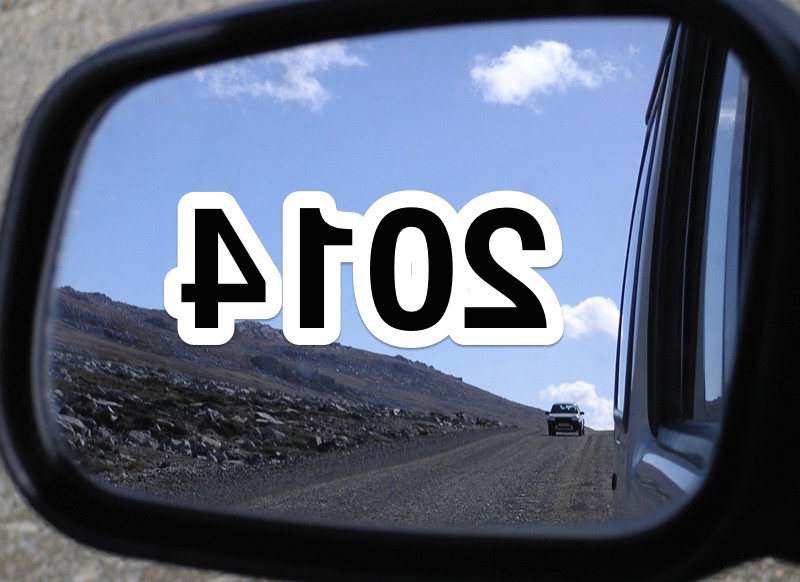 This is the time of year when when I typically write my technology predictions, an annual exercise in ego and humiliation I’ve been doing for about a dozen years. Historically I’ve been around 70 percent correct, which is more accurate than a random walk and therefore maybe -- maybe -- worth reading. You decide.

But first let’s look back at my predictions from a year ago to see how I did. Understand that I’m the only pundit who actually reviews his previous year’s predictions. If only I could be a weasel like those other guys!

#1 -- Microsoft gets worse before it gets better

MISS -- Satya Nadellaa longtime Microsoft veteran became the CEO. The early fear was an insider would continue Ballmer’s culture.Nadella has not and has brought a new management approach to Microsoft. He has opened communications with customers and partners, recognized Microsoft mistakes, and seems to be finding a place for Microsoft in a cross platform mobile world. The reins of Microsoft are clearly in Nadella’s hands. There is no apparent sign of resistance or conflict from Gates and Ballmer. So things did not get worse.Microsoft has clearly turned the corner and it headed in a better direction. Amazing things are possible when you hire the right person for CEO. I didn’t think Microsoft would.

#2 -- IBM throws in the towel. Any minute some bean counter at IBM is going to figure out that it is statistically impossible for the company to reach its stated earnings-per-share goal of $20 for 2015

HIT -- After 3 disappointing quarterly earnings in 2014, IBM admitted the $20 EPS would not be possible in 2015. Cuts throughout 2014 in IBM have seriously damaged the company. IBM continues to alienate itself with its customers. Revenue continues to drop. There are management crises in many parts of IBM but this isn’t obvious to the outside world yet. The board is getting a lot of heat.

IBM’s new strategy in 2014 was to double down on its old strategy -- CAMSS -- Cloud, Analytics, Mobile, Social, and Security.The only problem is IBM’s existing businesses are declining faster than the new businesses can grow. Until IBM stops damaging its Services divisions and repairs them, IBM will continue to falter.

#3 -- Blackberry to Microsoft (assuming Elop gets the top job at Microsoft).

MISS -- Microsoft did not buy Blackberry following its Nokia acquisition. In 2014 Microsoft squandered its investment in Nokia.The value of the Nokia brand and team is gradually being lost.Microsoft even has plans to get rid of the name Nokia.

MISS -- This has not happened… yet. IBM’s spinoff of its semiconductor operations to Global Foundries shows how hard and how long it takes to make changes like this. In 2014 most of the legal issues between Apple and Samsung were resolved. This dark chapter may be coming to an end and there may be less need for Apple to change foundries. Still, ARM is about to take over the world.

#5 -- Samsung peaks. With Apple gone (as a customer) and Samsung phone margins eroding, what’s the company to do? 4K TVs aren’t it. Samsung needs to actually invent something and I don’t see that happening, at least not in 2014.

HIT -- For the most part this prediction was correct. The good news is Samsung did not sit idly by in 2014. Early in 2015 at the CES show it announced a number of products, and a vision of a fully smart home.

#6 -- Facebook transforms itself (or tries to) with a huge acquisition.

HIT -- This prediction was correct. In 2014 Facebook acquired several companies.Instead of pursuing Snapchat, it bought WhatsApp. It also purchased Oculus VR, Ascenta, ProtoGeo Oy, PrivateCore, and WaveGroup Sound. It spent over $21B in acquisitions in 2014.

HIT -- This prediction is on track! Over the last couple years cable TV has been quietly going 100 percent digital. With the recent announcement of the Sling TV by Dish Network there is a clear trend towards a true IP television service. Improvements by Roku and Google, and Amazon’s new Fire TV are all part of TV’s future. To stay competitive and relevant cable TV will have to offer low cost Internet devices for TVs and provide programming for them.

#8 -- The Netflix effect continues, this time with pinkies raised. Hollywood is for sale.

HIT -- Hollywood is still confused. Is Netflix just another distributor, or a producer, or  a competitor? The late in 2014 cyber attack of Sony shows how out of touch Hollywood is with the Internet.

HIT -- This prediction is correct, but not yet. If you ask IBM cloud is growing and strategic. It is growing and important, but is becoming a commodity service super-fast.Important progress is being made in cloud technology -- containers, Docker, Rocket, CoreOS, etc. The net result is there will be very little for a cloud provider to do to other than maintain a datacenter full of servers. Prices and profit margins will be tight.

#10 -- Smart cards finally find their place in America. I covered smart cards in Electric Money, my PBS series from 2001, yet they still aren’t popular in the USA. Smart cards, if you don’t know it, are credit or debit cards with embedded RFID chips that impart greater security though at a cost. They’ve been popular in Europe for 15 years but American banks are too cheap to use them... or were. The Target data breach and others will finally change that in 2014 as the enterprise cost of insecurity becomes just too high even for banks Too Big to Fail.

HIT -- This prediction was correct. Card readers across the country are being upgraded to support smart cards. Most responsible retailers are working to improve their credit card security at warp speed. Some retailers had no "change freeze" during the 2014 holiday shopping season. Normally during this peak sales period no changes to a retailer systems and networks is allowed. This year was different. Security projects continued through the holidays. The major credit card providers are retooling their systems. There were a few companies that did not take security seriously and left the front door wide open and unlocked -- Home Depot and Sony.Both were subjects of big data breaches in 2014.

Counting on my fingers I see that 2014 maintained my 70 percent average. My next column, coming soon will be my predictions for 2015. I think you’ll be surprised by what I see on the technical horizon.