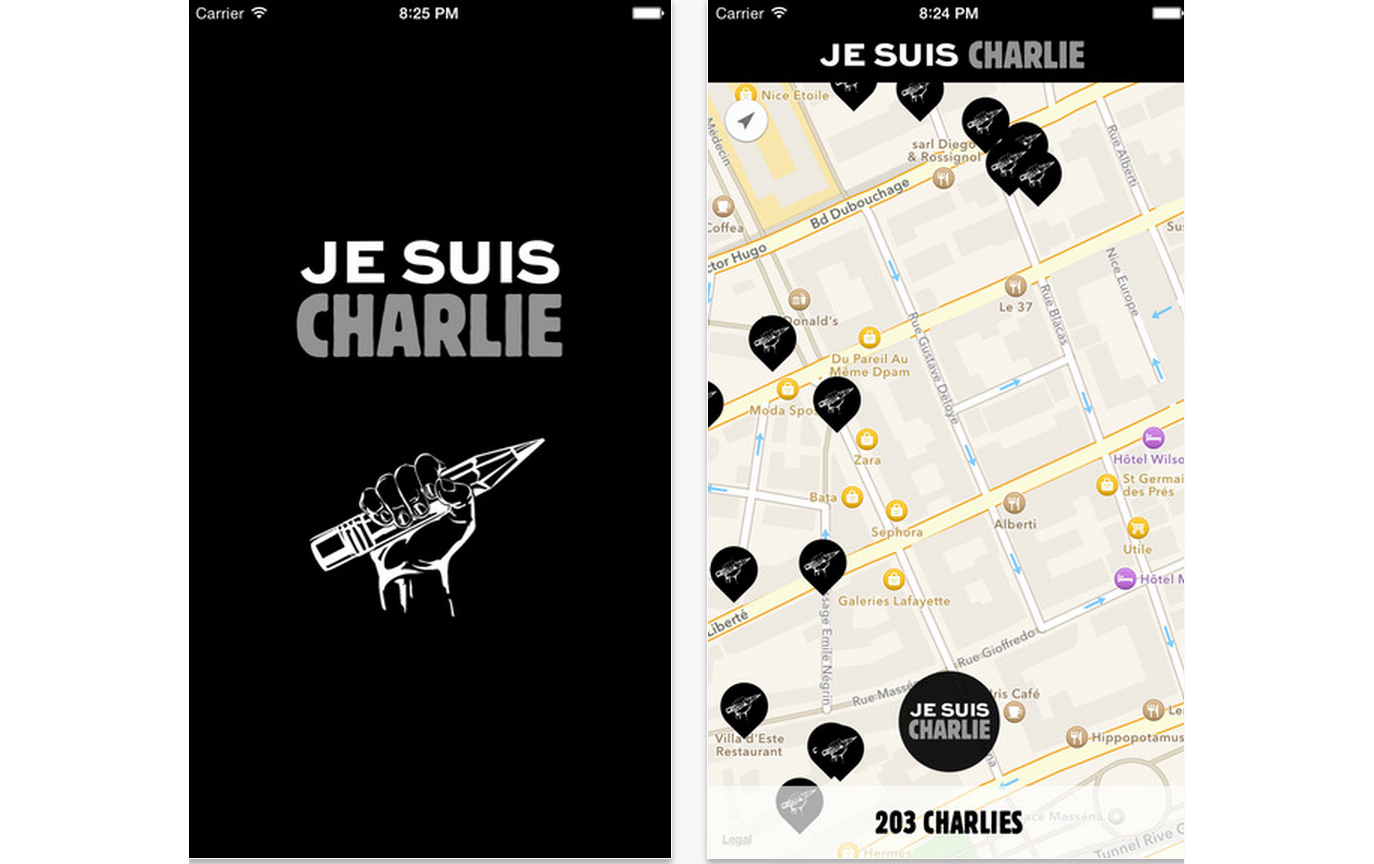 Apple’s rigorous approvals procedure means it can take quite some time for an app, or app update, to make its way into the App Store. 10-15 days is a typical approval time.

French news agency Nice-Matin created an app which allows users to show their support for controversial French magazine Charlie Hebdo, but was faced with an obvious problem. By the time the app was available in the App Store, support for the 'Je suis Charlie' campaign would have started to dwindle. So the company emailed Apple CEO Tim Cook.

Cook’s assistant replied within ten minutes, and the app was duly fast-tracked through the approvals procedure. It’s available to download now.

The app isn’t anything stunning -- you add your location to a map to show your support for the Je suis Charlie campaign. At the time of writing, some 120,000 'Charlies' have shared their location, with the majority (as you’d expect), being based in France.

The next issue of Charlie Hebdo has a print run of 3 million. That’s quite a lot more than the 60,000 copies that are usually distributed. The cover features a cartoon of the Prophet Mohammad clutching a 'Je suis Charlie' sign below the statement "Tout est pardonné” (All is forgiven).