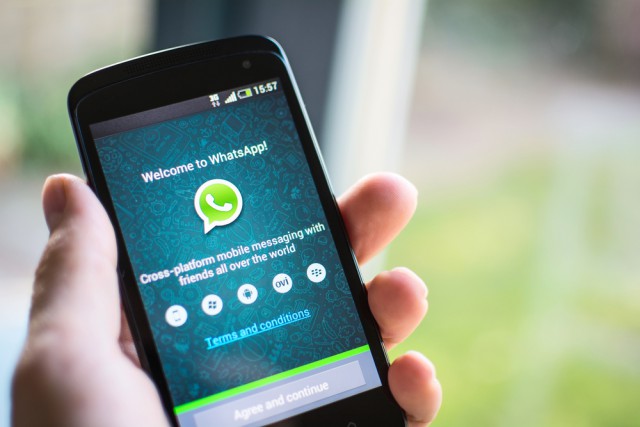 WhatsApp now boasts 700 million monthly active users and processes 30 billion messages a day, or 347,222 every second. Meanwhile, the already sizeable gap in popularity between WhatsApp and texting is set to increase, with the latter experiencing declining usage figures since 2011.

According to Benedict Evans, a mobile analyst working for venture capital firm Andreessen Horowitz, the flexibility of mobile software also offers WhatsApp some advantages over SMS. Voice calling is expected to be added in the near future to further boost growth.

While WhatsApp is the largest global instant messaging app, it does have a number of high-profile competitors. Facebook Messenger has approximately 500 million users, for example, while WeChat is proving extremely popular in China and other Asian markets. Apple’s iMessage service is more secretive with its usage figures, so it is impossible to tell how it measures up against WhatsApp and similar services.

Short Message Service or SMS has been the predominant form of text messaging for several years now and at the end of 2010 could claim to be the most widely used data application, with approximately 3.5 billion users.

However, as mobile apps have grown in popularity, SMS usage has declined as newer services offer free communication and additional features.

While WhatsApp is currently coming out on top in the mobile messaging space, Evans predicts that there is room for continued innovation in the industry, with the next big thing proving difficult to predict.

"Your smartphone comes with three social networks out of the box, voice, SMS and email, and you use them all", he said. "Are you really going to add only one more?"