2015 Predictions: It's about the money, stupid! 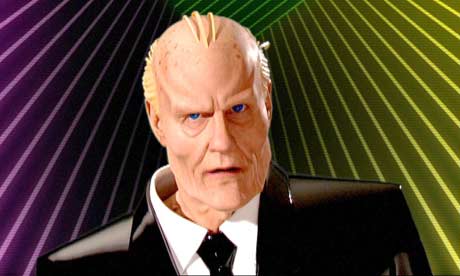 It’s time, finally, for my long-delayed 2015 predictions. Things just kept changing so fast I had to keep re-writing, but have finally stopped. 2015 will definitely be the Year of Monetization, by which I mean it’s the year when the bottom line and showing profits will become a key motivator in almost every market. And while profit -- like beer -- is generally good, it isn’t always good for everyone.

So here are my 10 predictions in no particular order.

Prediction #1 -- Everyone gets the crap scared out of them by data security problems. In many ways this was set up by 2014, a year when, between Edward Snowden and Target, America woke up to the dangers of lax data security. Where this year is somewhat different, I feel, is in the implications of these threats and how they play out. There will still be data breaches and, though there will be proposals how to retool to avoid such problems in future, I don’t see those turning into anything real before 2016. So 2015 will be the year when people claim to fix your problem but really can’t. Watch out for those crooks.

2015 will also be the year when the bad guys start to see their own profit squeeze and respond by doing exactly the things we hope they won’t. To this point, you see, the folks who steal all this information have been generally wholesaling the data to other bad guys who use the data to steal our identities and money. Only the buyers aren’t really that good at stealing our stuff so the wholesale value of a million credit card numbers has dropped significantly. So rather than finding new careers like my own favorite, opening a frozen custard stand, the guys who stole our numbers in the first place are starting to cut out the middle men and going after our stuff themselves. Given these are the really smart bad guys taking over from the not-so-smart bad guys, expect things to get bad, very bad, with billions -- billions -- in additional losses for financial institutions, retailers, and even some of us. These are the events that will finally lead -- in 2016 -- to real data security improvements.

Prediction #2 -- Google starts stealing lunch money. Even mighty Google is under pressure to show more profit, so the search giant is reaching out for new profit centers. The first hint of this came to me in a story about how Google is preparing to recommend and sell insurance. This is revolutionary. After all, the companies that were already recommending and selling insurance online are some of Google’s biggest customers. But business is business, so Google is reportedly going into competition with its former good buddies. This is, I'm sure, the beginning of a trend. Expect Google to compete this year for every lead-gen business worth doing. Insurance, mortgages, new cars, real estate -- any industry that pays well for online customer referrals will be ripe for Google, including my favorite mortgage site of all time, The Mortgage Professor, run by my personal hero, Jack Pritchard Jr.

Prediction #3 -- Google buys Twitter. There’s both push and pull in this prediction. Google needs better mojo and Twitter needs mojo at all. Not only are Google’s profits under some pressure, since buying Whatsapp Facebook has been on a tear and Google needs to respond. Then there’s the problem that Twitter doesn’t appear to actually know how to run a business. Why not solve two problems at the same time?

Prediction #4 -- Amazon finally faces reality but that has no effect on the cloud price war. Up until now Amazon has been a company singularly blessed by Wall Street with a high stock price that doesn’t seem to require high earnings to maintain. Well that has now changed. Amazon is becoming mortal in the eyes of Wall Street and so will have to cut some costs and not be quite so crazy about how much it spends entering new markets. Most of this won’t even be noticeable but it really began with the Amazon Prime price increase of several months ago. But here’s where this new parsimony won’t be seen at Amazon -- in cloud service pricing.

That’s because the cloud price war that Amazon started is no longer dependent on Amazon to continue. Google is doing its part, as are half a dozen other companies, including Microsoft, that are willing to lose money to gain customers. So cloud prices will continue to drop, the Wild West era for cloud-based startups will continue, and anyone (this means you, IBM) who thinks there will be cloud suppliers who can charge a premium because they are somehow better than the others, well that’s just cloudy thinking. If there ever is a premium cloud it won’t be big enough to matter.

Prediction #5 -- Immigration reform will finally make it through Congress and the White House and tech workers will be screwed. Remember the tech worker shortage that really doesn’t exist in the USA? Well lobbyists remember it fondly and will ride the new Republican majority to legislation that will give tech employers even more chances to bring under-paid tech workers into the country to replace domestic tech workers who are supposed not to exist. The facts are indisputable but you can lead a politician to water though you apparently can’t make him or her vote. So despite the improving and ever-more-tech-centric economy, look for no tech salary increases (again) for 2015, just more H-1Bs.

Prediction #6 -- Yahoo is decimated by activist investors. Everyone has an idea what Yahoo should do with all that money earned from the Alibaba IPO. And when it comes to activist investors, their idea is generally that Yahoo should find clever ways to simply hand over the cash to shareholders. This will happen. It’s because Yahoo can’t move fast enough to avoid it. If Marissa Mayer thinks she’ll be allowed time to thoughtfully invest that windfall, then she could shortly be out of a job. In one sense it might be better for Yahoo to just make a big stupid acquisition that makes the vultures go away, though I prefer that she turn Y! into more of a Silicon Valley venture capital empire.

Prediction #7 -- Wearables go terminal. As I shared a few days ago, the problem with wearable smart devices is they cost too much, consume too much power, and are too bulky. There’s a solution to this that’s beginning to emerge but it requires new chips that I am not sure will be available in 2015. So my even predicting this is an act of optimism. But if not 2015, then definitely by 2016.

Here’s the deal: the problem with wearables isn’t making them smart because they are typically accessories to smart phones we already have -- phones that are by themselves plenty smart enough. So let’s stop thinking of wearables as computers and start thinking of them as terminals. All that smart watch really needs is a display, a touchscreen of sorts, and Bluetooth. Smart watches should require no computational capability beyond what I just described -- no microprocessor in the sense that we’ve used that term for the last 30+ years. The archetype here is Mainframe2’s migration of PhotoShop to the cloud, sending screen images as H.264 video frames. Now replace the word cloud with the word smart phone and you’ll see where this is going.  All the watch has to do is decode H.264, paint screens, and carry clicks: no OS or local processing required. Even bio-sensing is just another form of click. The result will be dumb watches that act smart, run for days, and cost less.

Prediction #8 -- IBM’s further decline. You knew this was coming, didn’t you? IBM is screwed and doesn’t even seem to realize it. There was an earlier version of this prediction that said IBM earnings would drop for the first 2-3 quarters of 2015 and then recover because of lower oil prices and the generally improving global economy. Well forget that. Even if the world does do better IBM will do worse because the low dollar IBM has relied on since the Sam Palmisano days has gone away so there’s nothing left to be made on that carry trade. IBM’s old businesses are dying faster than its new businesses can grow. The company’s only near-term hope is that the Fed keeps interest rates low, but that’s not saying much.

And speaking of saying much, my next column will be all about IBM, its new Reorg-from-Hell, and what this means to customer, employees, and investors alike.

Prediction #9 -- Where IBM leads, IBM competitors are following. When I was in college one of my part-time jobs was at Rubbermaid, a fantastic company based in Wooster, Ohio, where I went to school. Rubbermaid was run like a watch by Stan Gault, class of 1948 -- a guy who really knew how to make money. Stan eventually retired, came out of retirement to save Goodyear, then retired again and now gives away his money. But the Rubbermaid of today isn’t anything like the company I remember because it tried and failed to compete with Tyco Industries, a conglomerate run by Dennis Kozlowski. No matter how well Rubbermaid did, Tyco did better, so Wall Street rewarded Tyco and punished Rubbermaid, eventually driving the company into a merger that created a new company -- Newell Rubbermaid -- which is way more Newell than it is Rubber. The problem with this tale, of course, is that Tyco’s Dennis Kozlowski was a crook and is now doing time in federal prison. Tyco appeared to do better than Rubbermaid because Tyco lied.

Now I am not saying IBM has been lying, but I am saying that IBM has been setting an example of corporate behavior that makes little to no sense. Sales go down yet the stock price (until recently) went up! Like the Rubbermaid example, this has had some effect on IBM competitors, specifically Computer Sciences Corporation (CSC) and Hewlett Packard, both of which are having IBM-like troubles with their services businesses. And for CSC, which has no printers or PCs to sell, well services is about all there is. So look for IBM-inspired problems in these IT service operations for all of 2015.

Prediction #10 -- Still no HDTV from Apple, but it won’t matter. Here’s the thing to remember about Apple: it’s a mobile phone company! Nothing else matters. Apple can and will continue to grow in 2015 based on current products and expanding into new markets. For 2016 Apple will need something new and I predict it’ll get it. But for 2015, Apple will do just fine.