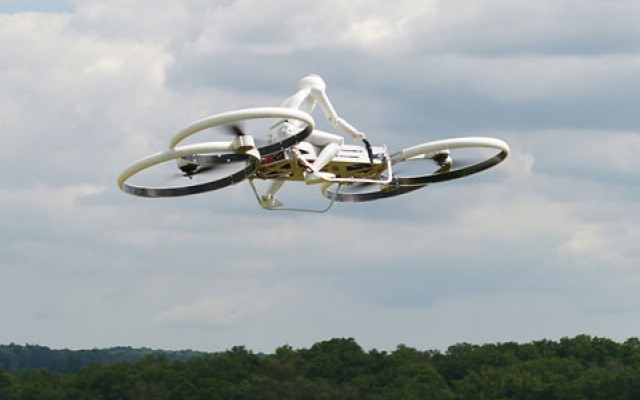 The humble drone has something of a poor reputation. If it's not seen as a tool for surveillance, then it's a silly toy for those with too much time on their hands to strap a GoPro to and record aerial footage. More recently Amazon has trialled fast deliveries by drone, but a new competition aims to show the incredible things than can be achieved with the unmanned devices.

Drones for Good is an international competition which offers a prize of $1 million for the best and most innovative use of drones. The competition was announced at the Government Summit 2014, hosted by the United Arab Emirates, and has attracted interest from around the world, with entrants from dozens of countries. The list of semi-finalists includes some incredible ideas for how drones could be used to make the world a better place.

In all, there are 19 Drones for Good semi-finalists, and a winner is due to be chosen ahead of the Government Summit 2015 in February, whittled down from more than 800 entrants. Forget ensuring that your latest purchase arrives on your doorstep within the hour, these are ideas that have a humanitarian slant to them -- detecting landmines in warzones, fighting fires that would otherwise be impossible, planting trees, and monitoring the power grid.

Don’t fancy the idea of scaling a skyscraper to clean the windows? You could deploy a drone to undertake the potentially dangerous task. Problems with fog making things dangerous? You need the fog-dissipating drone! In the event of a disaster -- natural or otherwise -- a mapping and tracking drone could be used to help evaluate the scene and track down survivors.

One of the many interesting entries is Flyability, a drone that is described as "the world's first collision-tolerant flying robot" and can help in search and rescue operation. The video below shows the drone in action:

But this is just one of the semi-finalists. It's worth taking a browse through the full list, and some of the ideas are quite inspiring.