Doxing: what it is, and how to avoid it happening to you [infographic] 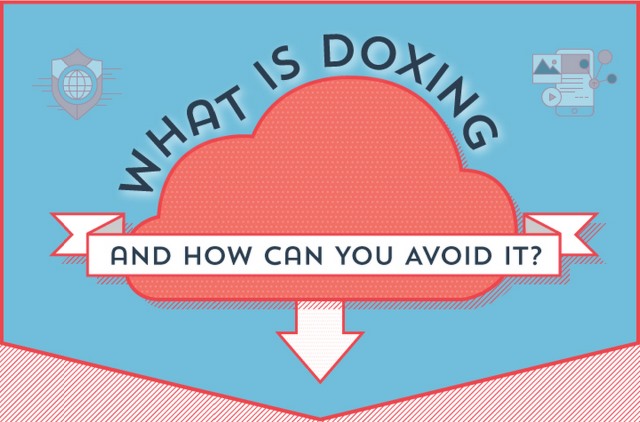 There are many potential dangers to using the internet, and most people are familiar with the idea of identity theft, unauthorized access to online accounts and the like. But there's another hazard which has come to prominence recently: doxing. The idea is not new, having its roots back in the 90s, but there have been numerous high profile cases of celebrities who have fallen victim to "document dropping".

This involves releasing personal information about someone to the internet -- information that could be embarrassing, personally revealing, or something that the victim would just rather keep to themselves. Interestingly, doxing is not necessarily illegal, but that doesn't mean that the ramifications are not far-reaching.

While doxing is something that is often carried out by hackers, it's not necessarily the case. Nearly all of us publish massive amounts of personal information online, and this can be very easily pieced together and used to gain access to even more data.

It is thought that 2015 is going to be the year in which doxing really hits the headlines, and Studyweb.com has produced an infographic that explains areas of risk, and the steps that can be taken to avoid falling victim.

What is Doxxing and How Can You Avoid It? [Infographic] by the team at studyweb.com