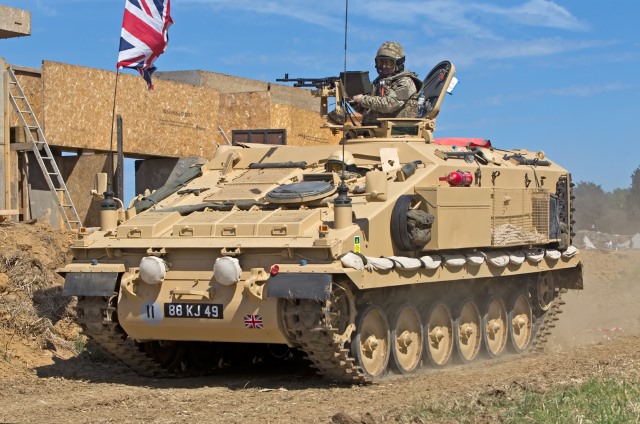 The British army is creating a new battalion of online soldiers in the form of the 77th Brigade. Hundreds of recruits will make up the division and will engage in "non-lethal warfare" on Mark Zuckerberg's social network from April.

The 77th Brigade will engage in psyops (psychological operations) to try to influence the opinions of civilians in certain parts of the world, as well looking to change the behavior of those engaged in various forms of warfare. The activities of groups such as ISIS (Islamic State) have shown the importance of the internet in general, but social networks in particular, to spreading ideas, messages and propaganda, and this is what the army is looking to manage.

In many ways, what the brigade will be doing is deploying propaganda of its own. It is a very public acknowledgement of the idea that wars are not won solely through violent means, and the army says that it will be using the "traditional and unconventional". An army spokesman said:

77th Brigade is being created to draw together a host of existing and developing capabilities essential to meet the challenges of modern conflict and warfare. It recognises that the actions of others in a modern battlefield can be affected in ways that are not necessarily violent.

Facebook has previously said that it will not block violent videos by default -- although it does pander to requests from some countries like Turkey when it comes to blocking insulting material -- but it has generally steered away from causes with more political leaning. Facebook has clearly been targeted by the army because of its size, reach and popularity, but it is somewhat unusual for the military to become so publicly involved, using the social network as a tool against foes.

As terrorists, guerrilla outfits and intelligence agencies make use of the web, it does make sense for other forces to do so as well. Whether the 77th Brigade turns out to be more than a spin and PR machine remains to be seen.