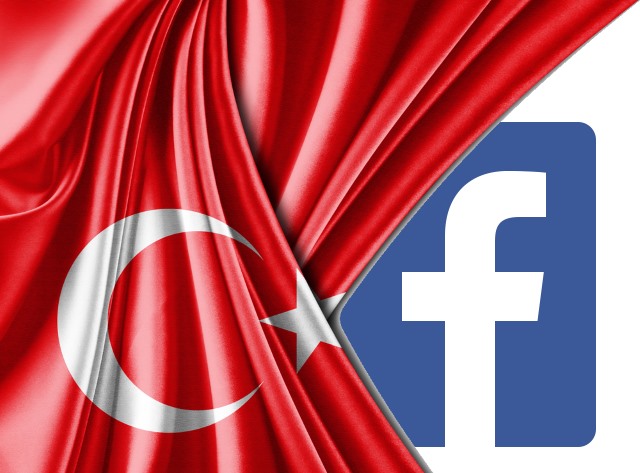 Mark Zuckerberg is a hypocrite. For all of his spiel about being a proponent of free speech, ultimately he is a man all too willing to bow to the demands of a country. Turkey took umbrage at the existence of pages that insulted or offended the Prophet Mohammad and threatened to completely ban Facebook in the country if they were not blocked.

Facebook has now decided to comply with the Turkish demands. Zuckerberg would have us believe that "we never let one country or group of people dictate what people can share across the world", but this is clearly not the case when it comes to upsetting the Islamic faith. This latest move is a political one and shows a lack of strength and conviction.

In Turkey, President Tayyip Erdogan is looking to enforce an Islamic agenda, and the majority of the country is Muslim. Prosecutor Harun Ceylan requested the order to ban Facebook through Golbasi Duty Magistrate Court. A "valid legal request" led to one page being blocked, but now it seems that Facebook is willing to further comply with demands from Turkey.

It's a decision that must, at least in part, be driven by money. Turkey is far from being an insignificant country -- boasting millions of social network users -- and Facebook will be keen to keep as many people happy so that advertisers have more potential customers to target their goods at.

There is no just law that protects against offense. Offense is something that is taken, not given. Facebook users should be free, the world over, to question, mock, ridicule and -- in some cases -- offend. If Facebook decided to block any and all content that was deemed offensive by someone, somewhere in the world, there would be next to nothing left to look at!

While money is almost certainly a key factor in Facebook's decision, the fact that it is the Islamic faith that’s central to the story is probably more important. Islam is the untouchable religion. Express doubt about other religions and you might raise a few eyebrows and rub a few people up the wrong way, but it won't usually result in death or threats from an entire country. Can you imagine the Pope contacting Zuckerberg to block pages that 'insult' (and I use quotation marks because I find the idea of one's beliefs being insulted laughable) Catholicism? It's incredibly unlikely, but Zuckerberg would almost certainly shrug it off and do nothing of the sort.

But when Islam is involved it's a completely different story. Zuckerberg shows himself to be weak, two-faced and hypocritical. He has said that Facebook complies with laws around the world, and the Turkish Penal Code says:

Any person who openly provokes a group of people belonging to different social class, religion, race, sect, or coming from another origin, to be rancorous or hostile against another group, is punished with imprisonment from one year to three years in case of such act causes risk from the aspect of public safety.

Any person who openly disrespects the religious belief of a group is punished with imprisonment from six months to one year if such act causes potential risk for public peace.

But both of these articles are open to interpretation. They are worded in such a way to give more leverage to those of a religious bent, but it should be questioned. 'Disrespect' is an all but meaningless term and also a dangerous one in this context.

After the Charlie Hebdo killings Zuckerberg made it sound as though Facebook was going to stand firm and defend users' rights to express their beliefs. It seems this only applies in certain cases and bowing to Turkey undermines any political guff spouted about supporting freedom of speech. You disappoint me, Zuckerberg.