Dear Apple, I will switch from Android to iPhone if you meet my demands 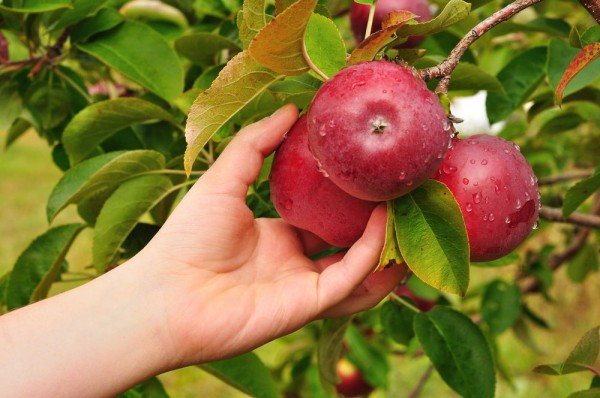 Believe it or not, even as a big tech and gadget nerd, I have never owned an iPhone. My smartphone life went from Palm, to BlackBerry and ultimately Android. I didn't purposely boycott the iPhone or anything, it just never happened.

As an iPad owner, however, I have come to love iOS for its ease of use and collection of amazing apps. For whatever reason, I usually prefer the iOS version of apps over the Android equivalent; they seem more snappy and fluid. So, why haven't I switched to the iPhone? There are still some major issues with Apple's phone and mobile operating system that prevent the jump. The ball is in Apple's court, however, and if the company meets my demands, I will switch.

Some of you are wondering why I would bother switching. Do I hate Android? Not at all. With that said, the fragmentation of the platform is becoming fatiguing. Users should be celebrating every new release of Google's operating system, but instead, it causes feelings of jealousy and despair, as only a fraction of users get to upgrade.

With the exception of Nexus owners, most Android fans are like starving dogs just waiting for their owner (cellular provider) to throw them a scrap. It's not fun and it's not fair.

Meanwhile, a new iOS version is a shared experience, where all owners, with the exception of those on no-longer-supported devices, get to try the new version together. It is refreshing and the way it should be.

I also love the Touch ID sensor, as it blows away the competition. Samsung's sensor is passable, but sliding your finger is a chore, and app support is lacking. The idea of unlocking apps and my phone by just placing my finger is a dream.

Sadly, before I switch to the iPhone, I demand Apple do all three of the below things. They are quite reasonable too.

1.) Stop the bending: The "Bendgate" scandal has quietly disappeared from the media. While the outrage is gone, the problem remains. Look, the aluminum body of the iPhone 6 and 6 Plus is beautiful, I get it, but durability is more important. If the next iPhone has to be thicker, or made of a less malleable material, so be it. I don't care what the thing is made of, as long as it doesn't bend in my pocket.

Many will suggest just buying a case, and yes that is a a band-aid, but it doesn't solve the problem. If I am spending a lot of money on a smartphone, I want it to be structurally sound. Is that really so much to ask?

2.) Drop 16GB: If I do buy an iPhone, it is going to be the model with the most storage. So why do I care about the base model? It causes the prices of the larger models to be more expensive. Apple should start at 32GB or 64GB, while keeping current pricing based on steps. This should make a 128GB model less expensive, and maybe even introduce a 256GB model -- which I would gladly buy.

Keep in mind, there is a precedent here, as increasing the storage of the base model does reduce pricing for the larger; just look at the 8GB being replaced by 16GB.

Not to mention, Apple is now allowing 4GB apps in the App Store. Come on now, a 16GB model can realistically install only two of these apps!

3.) Universally allow default apps: This is the biggest deal-breaker for me and iOS 9 must address it. I refuse to buy a smartphone where I cannot set the default web browser and email client. On my iPad, it is frustrating that I cannot make Microsoft's wonderful new Outlook app my default for email, or Google's Chrome for web browsing.

The funny thing is, I prefer Safari on my iPad, and would use it on an iPhone (it is the best web browser on iOS), but it is the principle of the matter. Let the user decide which web browser they want as default. If Safari is so great, and it is, users will choose it; let it happen organically, Apple!

The ball is in your court, Apple. Will you make me an iPhone user?