Need a flashlight in Android Lollipop? Just yell at your phone 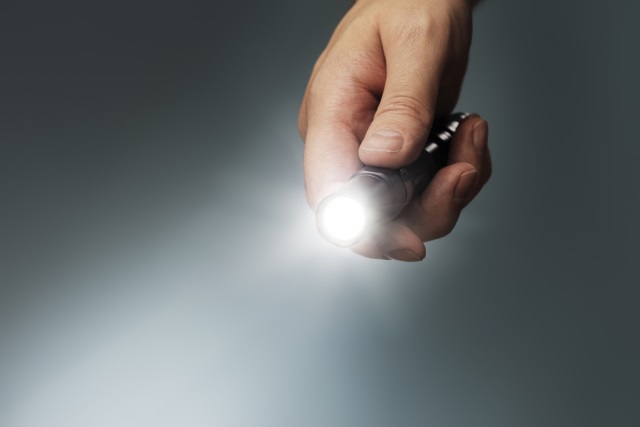 Who hasn't used their cell phone as a flashlight? Drop your key as you get out of the car at night and it makes sense to reach into your pocket, pull out your handset and search using the light from your screen. If you're really organized you'll have a flashlight app installed, but when you need a source of light quickly, fiddling with the menu can be a little too... er... fiddly.

Well fiddle no more. If your phone is kitted out with Android 5 Lollipop there's no need to navigate menus, or even have a dedicated flashlight app installed. Google has helpfully integrated a flashlight feature into the latest version of its mobile OS which can be activated with your voice.

As revealed by Rita El Khoury over on Android Police, Lollipop introduced the ability to toggle some settings using voice commands. You can add a flashlight toggle button to the pulldown settings drawers, but this is too much like hard work. Next time you're in need of illumination, look no further than Google Now; just holler 'OK Google, turn on flashlight' at your phone, and it will oblige. 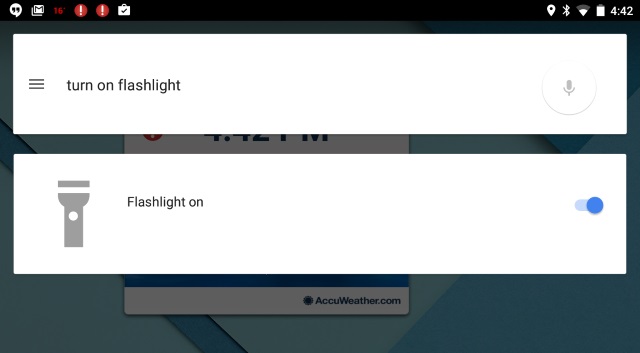 You can also use voice commands to toggle WiFi and Bluetooth, but the feature does not work for all toggle-able settings. Airplane Mode, for instance, refuses to play ball, although you can still access the relevant section of Settings with voice commands.

Let there be light!