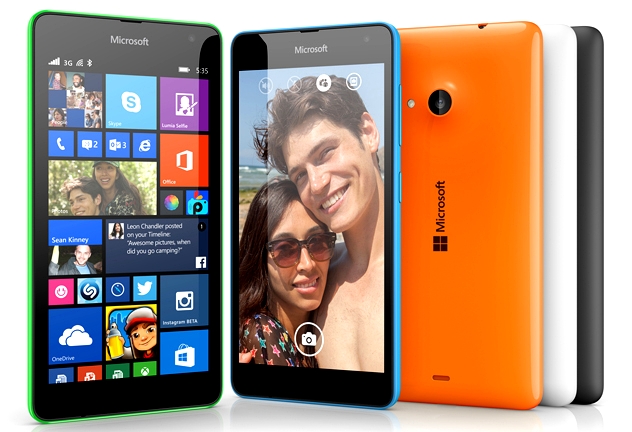 With Microsoft’s recent unveiling of the Hololens, Windows 10, and the new Spartan browser, many commentators are suggesting that the software giant is finally getting back to a proactive, rather than reactive, approach to the market. Some would even go as far as to suggest Microsoft are now attempting to be 'cool' akin to their trendy rivals. Microsoft’s entrance into the Smartphone arena, however, was anything but proactive or cool.

Lagging behind the innovations of rivals, it’s fair to say Microsoft’s attempts to establish themselves have previously been somewhat overshadowed by the likes of Apple and Android’s continued dominance. The Lumia 535 certainly isn’t as revolutionary as the Hololens, but neither is it necessarily a reactive creation by Microsoft. Rather, Microsoft’s attempts to develop an affordable smartphone is a proactive approach and there’s much to be admired about the Lumia 535; given its $132 price tag. It’s certainly progress on its predecessor, the 530, and its sleek design is pretty cool. Granted, the phone has its flaws and it isn’t ground-breaking in any way, but it is refreshing for the other thing it won’t break, namely, your bank account.

The Lumia 535 certainly stands out. For a start, the Lumia’s large frame delivers an impressive 5-inch screen size. A bonus that gives the Lumia the aesthetic quality of a more expensive phone; most phones in this price range use a 4-inch screen.

Even so, the size of the phone is not matched by reassuring strength and the old mantra 'you get what you pay for' may ring true here; because this does not feel like a phone that’s built to last. The size also makes the phone cumbersome when sat in a pocket or in the palm of your hand, but I still like the design of the Lumia range, size and all, and this is -- unmistakably -- a Lumia phone.

Once you use the Lumia 535 you’ll appreciate why I’ve dedicated a section to the screen.

One of the main issues with the 535 is the touchscreen. The screen can be overly sensitive and unresponsive in equal measure. I witnessed such shortcomings when I managed to turn mute on, using my cheek, during multiple phone calls and found letters weren’t registered when texting.

The problem isn’t constant but it’s there and that’s enough to make it problematic. If my word isn’t enough, this view is validated by the fact that Microsoft has already provided software updates to help improve the sensitivity.

The screen has also been criticized for its resolution: 960 x 540. But I found it to be more than adequate given the price and it culminates in a satisfactory color contrast.

Restricted viewing angles hamper the phone, but it’s easy to use outdoors which should negate any concerns you have regarding the contrast. 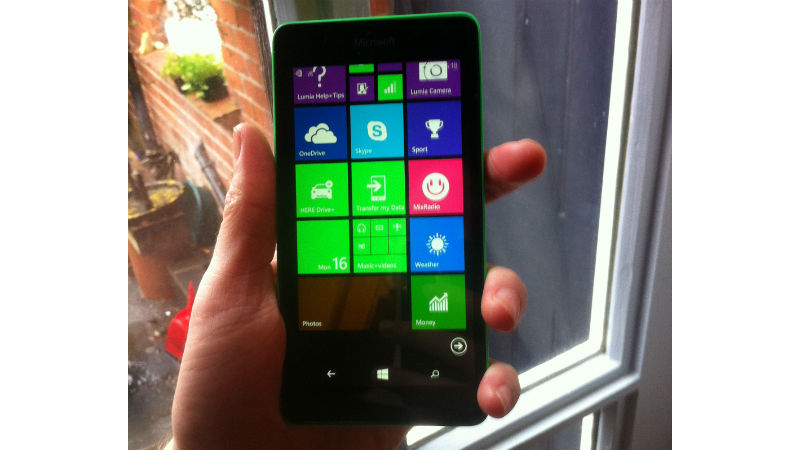 Featuring the impressive Windows 8.1 operating system, the Lumia 535 is incredibly easy to use and the simplicity of its user interface is certainly a positive.

The aforementioned 5-inch screen allows the metro style interface to be neatly laid out for the user, making this a pleasant and easy way to navigate around.

On top of this, the phone comes with a selection of excellent staple apps. Here Drive+, a nifty satnav app that still works when you're offline is one such useful addition and pre-installed Microsoft Office and Skype, are decent inclusions to the 535’s interface.

On the other hand, if you’re looking for a phone that can competently cope with a host of additional, downloaded apps I’d suggest the 535 may not be the best choice.

For a start, there is a glaring lack of apps in the Windows Store. Whilst this is being rectified, you’ve still got the problem that the 535 utilizes a rather underwhelming processor that probably won’t fare well with being overloaded with games and apps.

The 535’s processor is a Quad-core 1.2GHz. It won’t win any races with its 1.2 GHz, but it is dependable and will comfortably complete everyday tasks.

Within the price range you’re not going to find anything much quicker and, whilst the processor is a slight sacrifice, as long as you don’t overwhelm it with games and apps it will perform adequately.

With a front and back camera, a 5-megapixel resolution, auto-focus, a 24mm wide angle lens and an LED light on the back too, the 535 affords good camera and video functionality considering its price range.

As ever with a budget buy however, don’t be overly impressed with the 5-megapixel resolution. I found the image to be grainy and susceptible to lag, so if you’re a serial smartphone photographer then be warned, this will handle your selfie addiction but may struggle with more intricate details.

Microsoft pinpoint the Lumia’s 'talk time' at 13 hours, which suggests the phone can handle sustained use during such a period.

Whilst the Lumia did last a day with light use, if you’re using the phone for anything more complex: such as video streaming or sustained internet browsing, you’ll find the battery depletes at a rapid rate.

Best case scenario, sustained use will leave you with just under half the alleged 'talk time' -- not even a working day. This is due to the fact that the Lumia boasts a rather paltry 1905mAh battery.

A budget phone with the specifications to match but an appealing aesthetic quality.

If you’re looking for a cheap smartphone that performs basic tasks adequately enough then the Lumia 535 is worth considering.

There are few better phones in the 535’s price range but they do exist. On the plus side, at least it will still look good -- even when it’s out of battery.