Run Android on your PC desktop with Droid4X 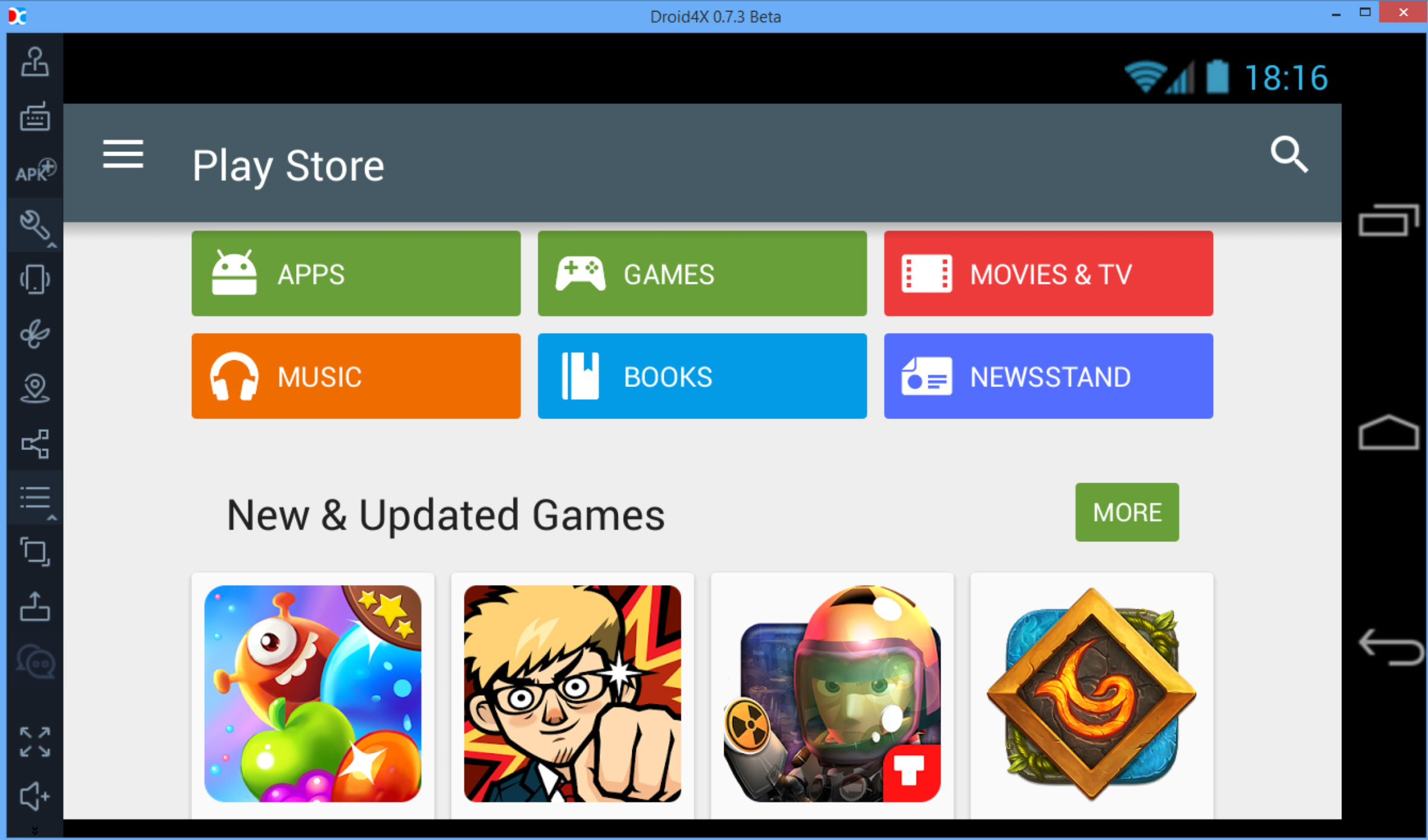 Android apps aren’t just for your phone and tablet. Install Droid4X and you can run Android on your PC, too, taking full advantage of the extra screen resolution and more easily sharing files and data.

As with many similar applications, Droid4X is essentially a wrapper around VirtualBox, with Android 4.2.2 provided on a custom virtual machine. But you don’t need to know any of the low-level details, as the program manages all of those itself.

Installation takes a while, not too surprising as there’s so much data involved (the final package takes up almost a gigabyte of drive space). We wondered several times if it had stalled, but no, we just should have been more patient: get on with something else and it’ll complete eventually.

On launch the regular Android start screen appeared in a 1280×720 resolution window. There are very few apps installed by default, but as you get the Play Store that doesn’t matter very much (you can also install apps by dragging and dropping APKs from the desktop).

A left-hand toolbar gives access to various features. You can set up the program to use the keyboard as a controller (or your phone, if you install another package). There’s an option to share folders between the PC host and your Android host. You can simulate a GPS location, take a screenshot, "shake" the device with a click, adjust the screen resolution and more.

Less obvious features include a shared keyboard (Ctrl+C in one environment, Ctrl+V in another), while in theory you can zoom in and out by holding Ctrl/ CMD and spinning your mouse wheel (although this didn’t always work for us).

We ran into some odd issues, including YouTube playing audio only by default (video was only visible when we played it full-screen). But most apps ran without problems, speeds were good, and on balance -- especially for a beta -- Droid4X performed very well.