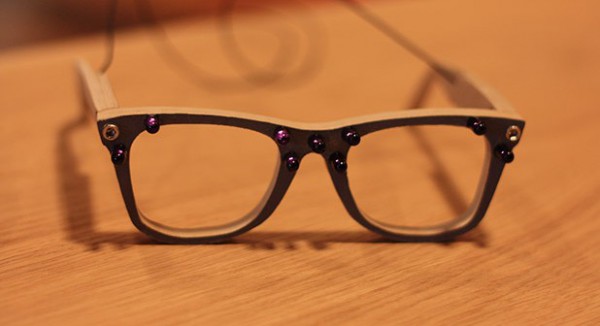 Let's be clear right off the bat, you won't be slipping these glasses on and disappearing from the people around you, though there are times you may want to. However the name of the new product from AVG lends itself to these comparisons, though the actual glasses are a bit different from what the imagination conjures up.

So what does this product from AVG Innovation Labs actually do? The security firm claims it can protect your identity in this new era of cameras everywhere. It's not as tin-foil hat as it sounds -- we've seen malware that can activate cameras on phones and computers, security cameras in public abound and we'd be hard-pressed to leap to any conclusion that says the NSA and others aren't also doing this.

"Through a mixture of technology and specialist materials, privacy wearables such as invisibility glasses can make it difficult for cameras or other facial recognition technologies to get a clear view of your identity", AVG claims.

This is still in the prototype phase of testing, though it has been officially announced at Mobile World Congress in Barcelona. There's a lot of science behind this -- a series of infrared lights surrounding the eyes and nose is not visible to other people, but cameras will pick it up making recognition difficult at best. There's also reflective materials involved, which aids in the blocking, or so it's claimed.

Don't get too excited -- AVG points out that "Rather than designing a product for market release, tech experts are investigating how technology can adapt to combat the daily erosion of our privacy in the digital age. Don’t expect to see them for sale any time soon".

In other words, it's proof of concept and a long way off, so put away your wallet, but save a bit of money for when the time finally does come around.