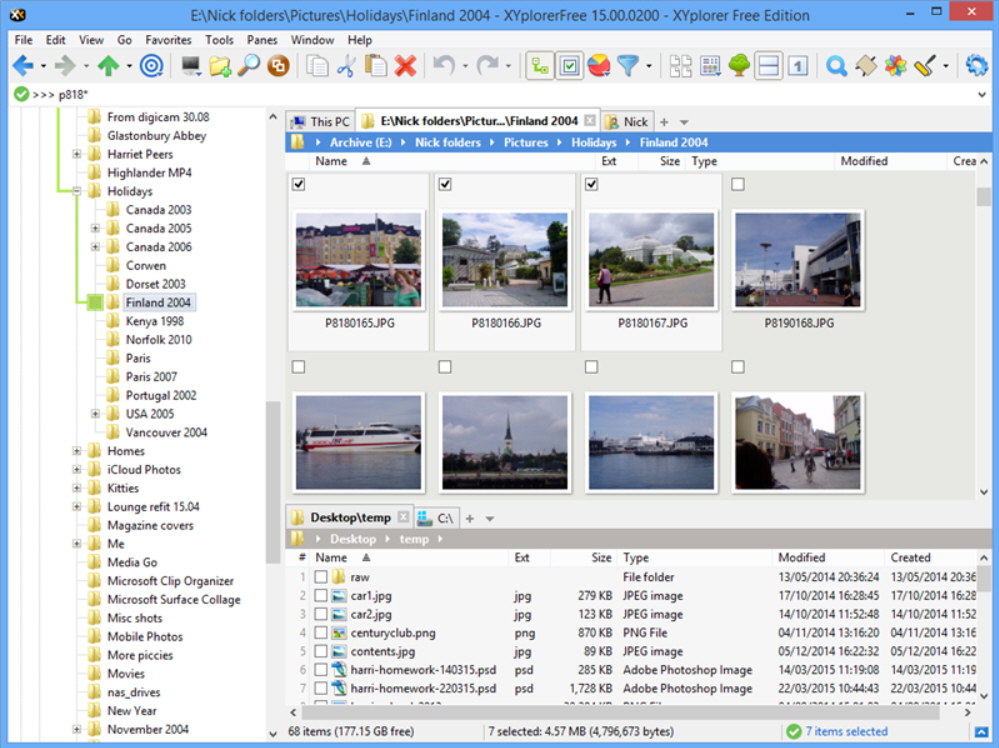 Version 15 opens with a Pro-only feature by adding support for tablets, smart phones, digital cameras and other devices that aren’t assigned drive letters when connected to the user’s PC. Because file management options are limited when these devices are connected, a new deep purple info bar has also been added to provide clearer labeling of the device type.

Pro users also gain the ability to more easily clone and shift timestamps. Users select the target files in XYplorer, then invoke the timestamp scripting command using a series of parameters -- for example <focitem> will set the dates of any selected list items to match those of the currently focused item, while <clipboard> assigns them a date previously copied to the clipboard.

Both Free and Pro versions gain a new Flat Select tool, which enables users to quickly select items using match patterns via the Address Bar. Users should prefix the Flat Select pattern using >>>, and separate multiple patterns using the | character, which works like the OR operator -- for example >>>sc_*|*.doc matches both files beginning sc_ and those with a .doc extension.

The final new feature -- again available in the Free edition as well as XYplorer Pro -- is sticky checkbox selection. When switched on, users can safely click items to make them the focus without losing the previous selection. The feature also forces users to explicitly click an item’s checkbox to select or de-select it, and isn’t switched on by default: to do so, select Tools > Customize List > Checkbox Selection and then Tools > Configuration > Styles > Sticky checkbox selection.

XYplorer Free 15.0 is available now as a freeware download for PCs running Windows 2000 or later. XYplorer 15.0 Pro is also available as a trial download.