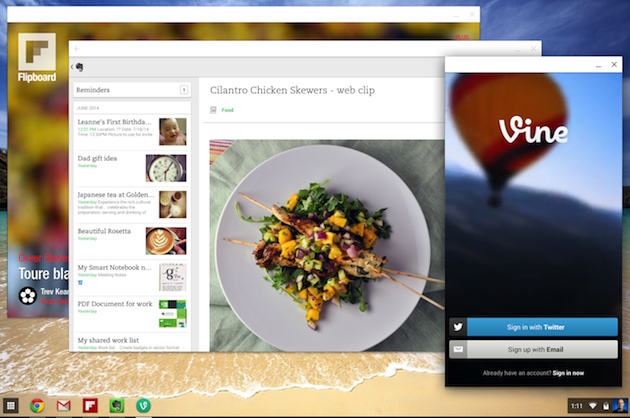 Last year Google introduced support for Android apps on its Chromebook lineup. Since the announcement, we have seen several popular apps arrive at the Chrome Web Store, including Duolingo, Vine, and Flipboard, but the number of such ported apps has been pretty low so far. In an effort to lure in more uber-apps like VLC and others to Chrome OS, the company announces at an event, that it is opening the ARC program -- previously only accessible to select firms -- to all developers. The move will foster the growth of apps at the Chrome Web Store.

"As more and more Android tablets have come into the market, there have been many more nice, full-screen-sized apps. So we thought -- this is kind of crazy -- what if we could run an unmodified APK file, an Android app, on Chrome OS?", Josh Woodward, a product manager at Google told PC World.

Until this announcement only about thirty Android apps were available to use on a Chrome OS-powered device. By opening the ARC program, Google is allowing developers to test their Android apps and make changes to them as they see fit. Once done, developers will also be able to publish the app on the Chrome Web Store. For those who are interested, all the details are mentioned in the official Chrome developer documentation. There’s also a guide to get you started with the ARC.

Not only will the support for Android apps make Chromebook more useful as a notebook device, but it will also help Chromebooks distinguish themselves from Windows laptops and MacBooks that require third-party apps to run Android apps and still lag and crash -- leaving a lot to be desired.