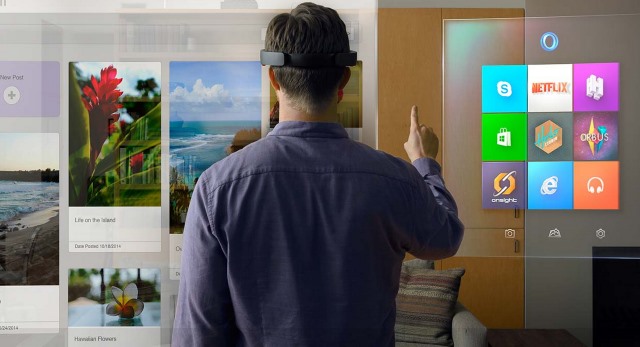 Microsoft has launched a question and answer section for Windows Holographic and the HoloLens headset, sent in an email to Windows 10 'Insiders' currently testing the new updates to the operating system.

The FAQ answers ten of the most popular questions on HoloLens, before Microsoft’s annual BUILD conference on April 29th to May 1st. Amongst the answers, Microsoft details that HoloLens will be able to run Windows 10 universal apps.

The universal apps will run on Windows 10 desktop, tablet and mobile. It is also suspected Xbox One will run universal apps, although that has not been confirmed by Microsoft.

This means universal apps may go beyond the current format of coding, allowing Microsoft to implement the app on an augmented display. The display will pop up in front of the user, like a floating object in real life, allowing a whole new user interface without any physical representation.

HoloLens is not the first AR headset, with Google Glass and several Kickstarter projects trying to implement AR in the real world. HoloLens does take a different look at AR, instead of being a social or navigational tool, it builds a home theater for users, allowing users to play games, watch videos and message people on Skype.

It is expected to launch late this year or early next year, although Microsoft has not set an exact date. We will likely hear more about the whole AR platform at BUILD, where Microsoft will also detail the price of Windows 10 and how it intends to integrate apps into mobile and tablet interfaces.