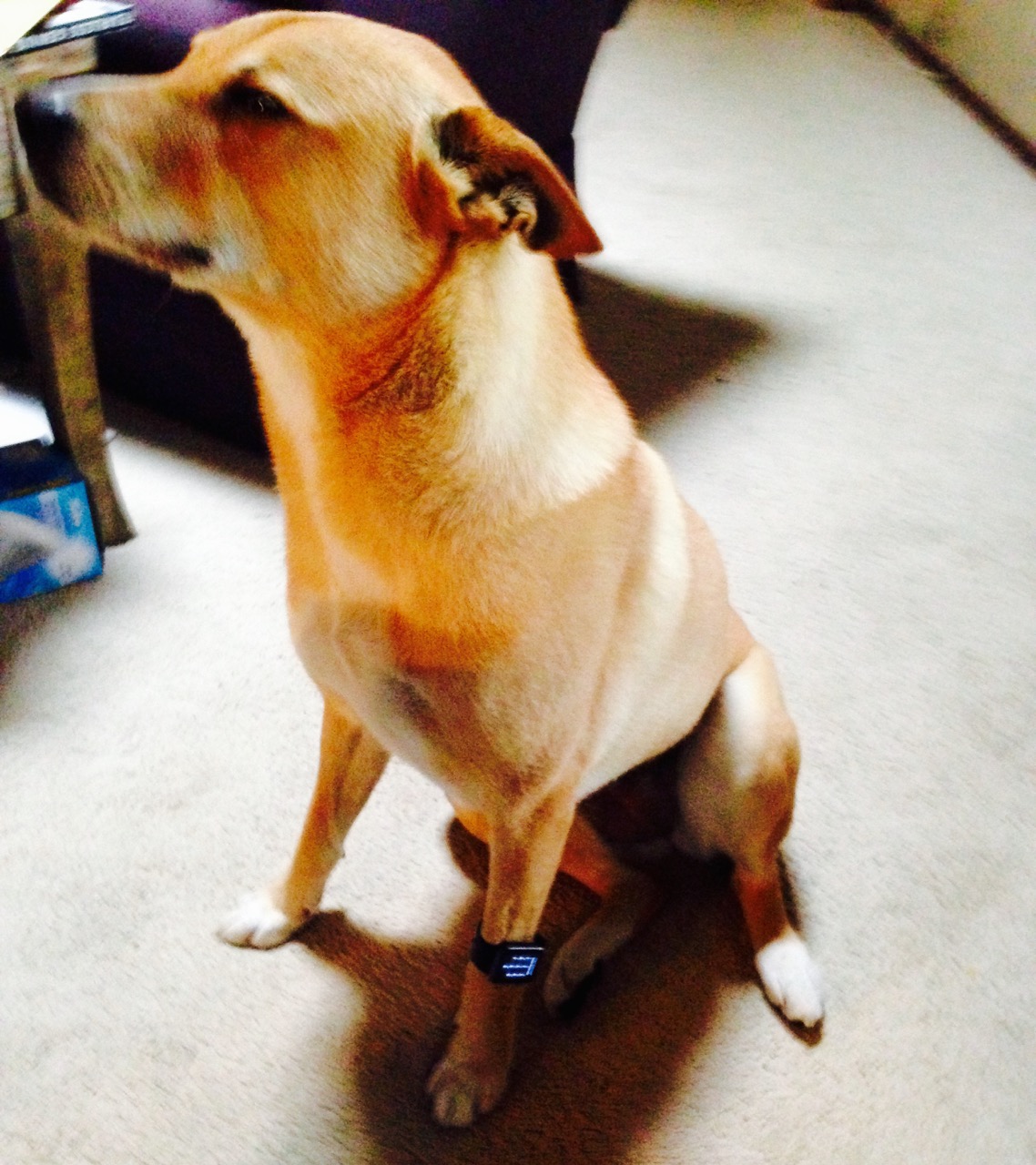 This is Sadie the Dog wearing her new Apple Watch. The watch actually belongs to my young and lovely wife, Mary Alyce, but she was unwilling to be photographed this morning while Sadie will pose anytime, anywhere. This is the Sport model of the Apple Watch in space gray with a black band. What makes this picture interesting is the watch was delivered last Friday two weeks early.

I ordered the watch on the first day Apple was taking orders but didn’t do so in the middle of the night so I missed the first batch of watches that were delivered in April. It was promised for delivery June first. Since then there have been stories about faulty sensors and other suggestions that watch deliveries might be later than expected -- stories that I’d say are belied by this early delivery.

I’m nobody special to Apple so this is not a perk just because I ordered it. So if you have been handicapping Apple earnings based on watch supply glitches, I think you should stop.

And for those who are wondering, Sadie is a five year-old Carolina Dog, also called an American Dingo. 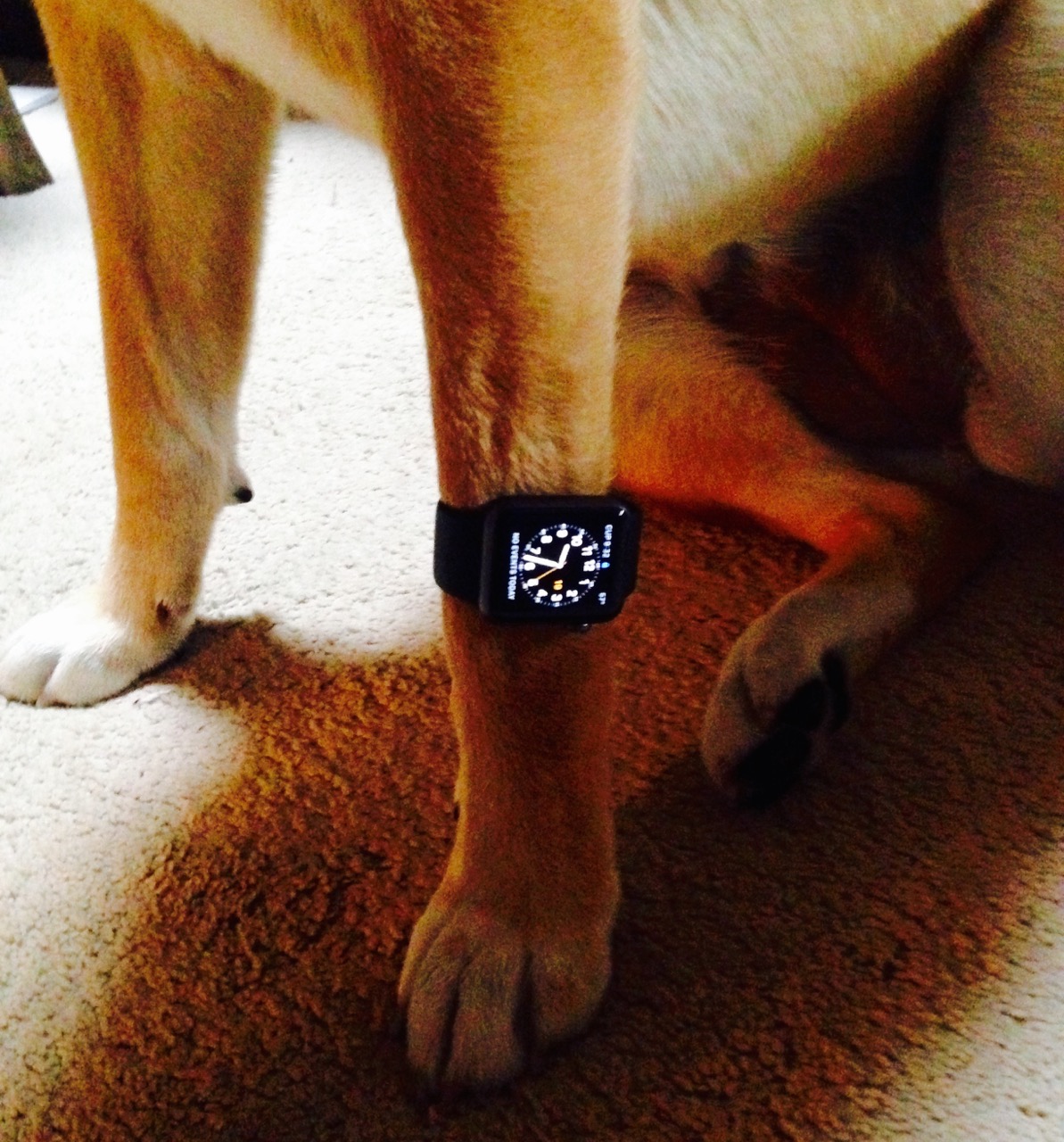