Windows 10 Phone Companion app is a game changer -- but will it kill Windows Phone? 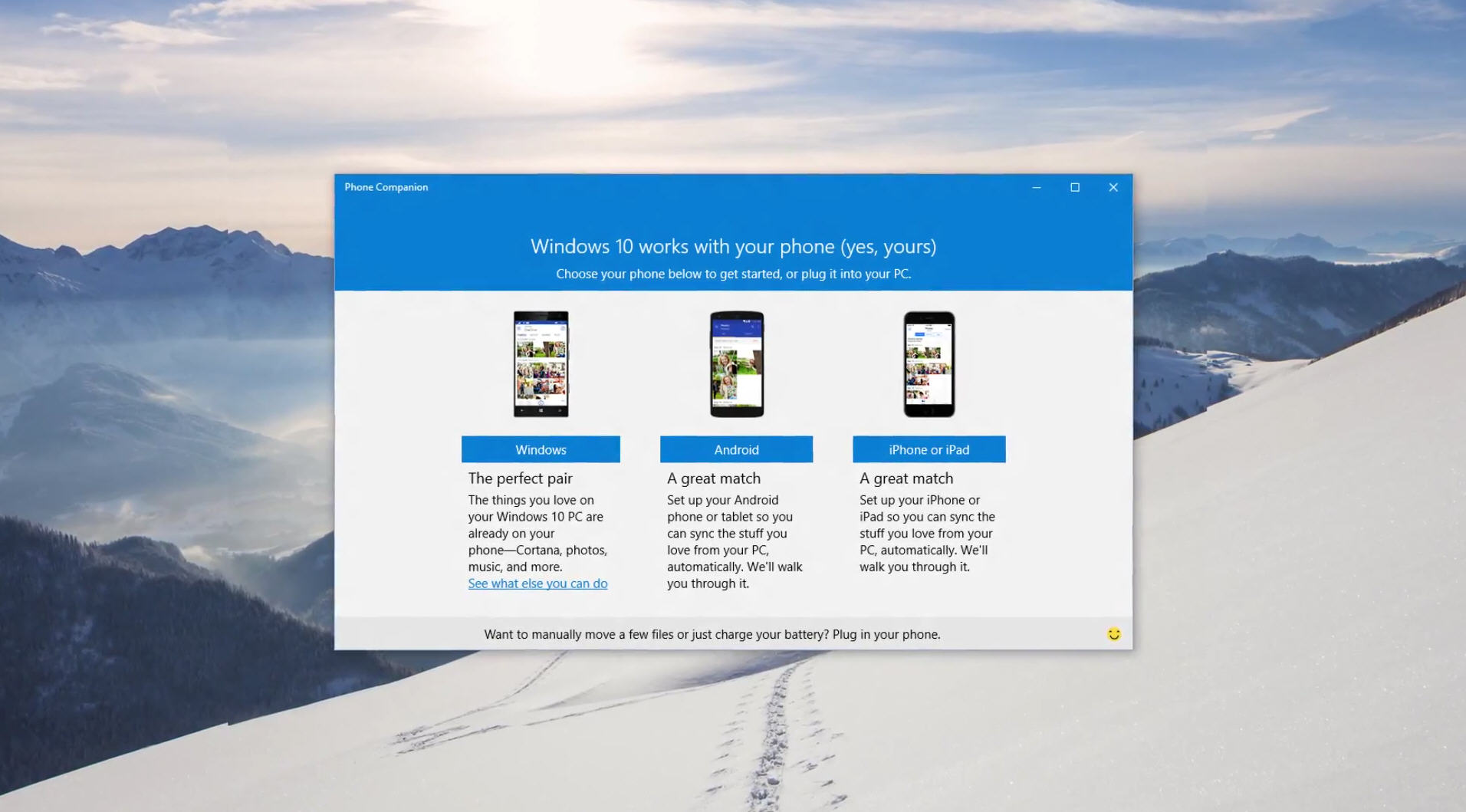 Windows 10 will run on a range of compatible devices, including PCs, hybrids, tablets, phones, Xbox One, HoloLens, and IoT hardware. Microsoft might be striving for ubiquity, but it knows when it comes to mobile, that the vast majority of people will continue to use Android or iOS phones and tablets.

Announced today, Microsoft’s Phone Companion for Windows 10 App, will let those users access content from whatever device they choose, and also give them access to Cortana, Microsoft’s virtual assistant.

As Joe Belfiore corporate vice president, Operating Systems Group at Microsoft says, "Windows has always been great at connecting your PC to all the devices in your life and with Windows 10 we're going to take that step even farther. With Windows 10 you can expect your Windows 10 PC to connect and work great with the three year old printer you have, you can expect Windows 10 to connect and display your content on the brand-new, Miracast TV you just bought and now we're adding to Windows 10 a phone companion that will connect your windows 10 PC experience to whatever smartphone you have. A Windows Phone, an Android Phone, or an iPhone".

Sounds impressive, but what does that actually mean?

Windows 10 will come with a Phone Companion app that you can launch directly from the Start menu. This will present you with a screen that will let you get your phone set up to work with the new OS. You’ll be able to view photos taken with your Android or iOS device directly on your PC, listen to songs stored anywhere via OneDrive, access OneNote content, Skype, work in Office, and get Cortana on your phone or tablet too. All you have to do is install the relevant apps on the device(s) of your choosing.

And yes, that’s right -- Microsoft is bringing Cortana out as an app on rival platforms. It works exactly the same way it already does on Windows Phone, and in Windows 10.

Microsoft is still pushing its own mobile platform of course, as Belfiore says, "If you have a Windows Phone there’s almost nothing you need to do because Windows phones are already built to include all the things that make them connect great to a Windows 10 PC".

The Phone Companion App is, I think, a smart move. It will make upgrading to Windows 10 even more essential, and Microsoft is showing once again (as it did when it launched Office for iOS), that it is prepared to go to where the users are, not just expecting them to come to it.

The question is, where does this leave Windows Phone? Increasingly Microsoft’s mobile devices have fewer and fewer unique selling points, and giving Cortana to Android and iOS users seems to me to be giving away the one major benefit the platform still really has. Of course Microsoft will be gambling on Windows 10 users liking the OS so much they’ll choose it as their mobile OS too, but that really is a huge bet.

What you do you think this latest move?

155 Responses to Windows 10 Phone Companion app is a game changer -- but will it kill Windows Phone?