Internet users are powerless to protect their privacy, and they know it 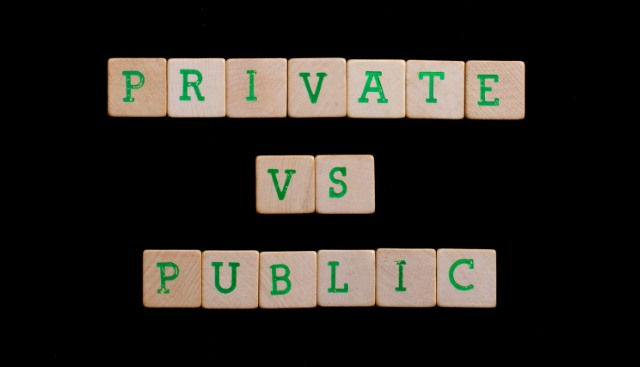 A paper produced by a team at the University of Pennsylvania confirms something many people have probably thought true for some time: the notion that internet users are unhappy with the way their privacy is undermined by advertisers and online companies, yet feel there is nothing they can do about it.

While marketing companies like to present an image of customers who are happy to hand over personal information in return for certain benefits, the truth is rather different. Rather than dedicating time and energy to trying to stop personal data from being exploited, people are instead taking it on the chin and accepting it as part and parcel of modern, online life. It's just the way things are.

The academics published a report entitled "The Tradeoff Fallacy -- How Marketers Are Misrepresenting American Consumers And Opening Them Up to Exploitation". The report cites a survey, the results of which "indicate that marketers are misrepresenting a large majority of Americans by claiming that Americans give out information about themselves as a tradeoff for benefits they receive. To the contrary, the survey reveals most Americans do not believe that ‘data for discounts' is a square deal".

The modern internet user is very aware of the way things work. They know that they are being used and, while they may not be entirely 'OK' with it, they are willing to put up with the fact in return for some rewards. The realization that there is little point in fighting the system has kicked in, and the mindset has now changed to something more along the lines of "well, if you can't beat the system, you might as well get what you can from it". At least, this is what the marketing companies would have you believe.

There are several ways of looking at people's attitude to online privacy, and it makes sense to use the common example of Google and Facebook. Just about all users know that by using either of these services they are going to find themselves on the receiving end of targeted advertising. This means that habits, hobbies, and demographics factors are being used to build up profiles of users. There are very few internet users who are not aware of this.

There are also a very large number of people who complain voraciously about how terrible a thing this targeted advertising is. A very small minority of complainants will take an active stance and go as far as closing down their Facebook account (let's conveniently ignore the fact that Facebook now, essentially, owns any data that's been added to a profile, active or not, and there's no way to determine how this may be used in future), but most will simply chalk it up foregoing some degree of privacy as the price one pays for using 'free' services.

The likes of Google et al would have you believe that this is a willing exchange, that users are happy to make a small sacrifice to gain access to something. But it seems that this is not actually the case. What is actually happening is that internet users are throwing their hands up in surrender, resigning themselves to the fact that they can do nothing to stop companies from gathering data about them one -- and if it's going to happen, why not use the services anyway?

It is suggested that marketers have greatly misrepresented how people feel about their privacy. In fact people are not happy with the notion of exchanging personal information for rewards and services. When presented with the statement "if companies give me a discount, it is a fair exchange for them to collect information about me without my knowing", the overwhelming majority of people (91 percent) disagreed. Most also disagreed (71 percent) with the statement " It's fair for an online or physical store to monitor what I'm doing online when I'm there, in exchange for letting me use the store's wireless internet, or Wi-Fi, without charge". Frame things slightly differently -- "it's okay if a store where I shop uses information it has about me to create a picture of me that improves the services they provide for me" -- and the figure drops to 55 percent.

But there is a contradiction. Asked if they would be willing to allow a supermarket to collect data in return for a discount on their shopping, 43 percent of people were OK with the idea. The report suggests that the explanation is simple:

Our study suggests a new explanation for what has thus far been misconstrued as "tradeoff" behavior in the digital world: a large pool of Americans feel resigned to the inevitability of surveillance and the power of marketers to harvest their data. People who are resigned do not predictably decide to give up their data.

The report's authors say that most people are so uneducated about the way privacy works online that they have basically given up trying to work out what they can do to protect it. But that's not to say that everyone is happy with how things have turned out. Nearly three quarters of people (71 percent) disagreed with the statement "what companies know about me from my behavior online cannot hurt me."

Internet usage is doing nothing other than increase, and as the Internet of Things grows, the potential for personal data capture is going to explode. How many people know what data wearables share with companies about the wearer, and who is to say what data a connected refrigerator might share and with whom. Will you be reading the smallprint when you buy a fridge to see what you're signing up for, or will you be happy to bag yourself a bargain? Do you care, or have you given up?

74 Responses to Internet users are powerless to protect their privacy, and they know it