Emoji could be used for your next PIN 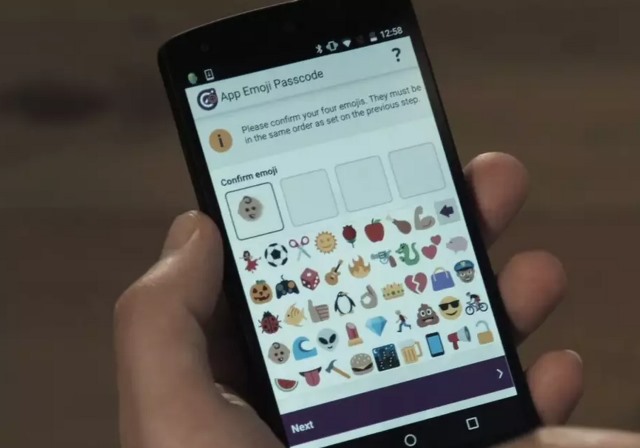 The humble PIN is a common way to secure access to accounts, but it has one major problem -- it is, usually, limited to using the digits 0-9. A UK firm thinks it may have come up with a better solution: emoji-based PINs.

Intelligent Environments' Emoji Passcode system can be used to secure accounts with ideograms. The company argues that Emoji passcodes are not only easier to remember than number-based alternatives, but also more secure. This is thanks to the fact that there is a pool of 44 Emoji to choose from, and research also suggests people find it easier to remember images.

Taking the example of a typical four digit PIN, Intelligent Environments points out that there are 480 more permutations when using Emoji Passcode. The system has already been used in the company's Android digital banking app, and there is interest from other banks that are interested in implementing it as part of their own security procedures.

As well as the increased security, Emoji Passcode has been designed with millennials in mind. David Webber, Manager Director at Intelligent Environments, said:

We've had input from lots of millennials when we developed the technology. What's clear is that the younger generation is communicating in new ways. Our research shows 64 percent of millennials regularly communicate only using emojis. So we decided to reinvent the passcode for a new generation by developing the world’s first emoji security technology.

The video below shows the Emoji passcode system in operation:

The world's first Emoji passcode from Intelligent Environments on Vimeo.

2 Responses to Emoji could be used for your next PIN