Windows Server 2003 still used on many servers, despite approaching end-of-support 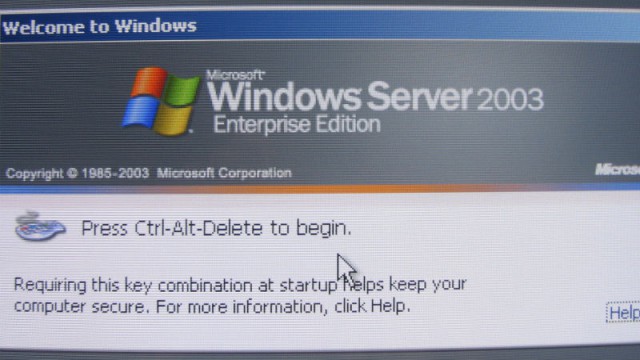 A large number of organizations are continuing to use Windows Server 2003, despite Microsoft announcing that support for the operating system will cease in less than a month.

According to a recent study by Softchoice, 21 percent of servers were still operating the OS in the first half of 2015, a fall of 11 percent compared with the same period twelve months ago.

Although the report is sure to be disappointing for Microsoft, it is unlikely to come as a huge surprise as the company has long been trying to move businesses away from legacy systems. David Brisbois, senior manager of assessment and technology at Softchoice, believes that companies’ reticence to change could ultimately prove costly.

"With less than a month to go until Windows [Microsoft] pulls support for Windows Server 2003, it’s surprising that there still isn’t a greater sense of urgency among organizations to modernize and upgrade their systems", he said. "Failing to upgrade in time will only add to costs, complicate the transition, and result in serious business risk after 14 July when Microsoft is no longer providing support or security updates".

In its analysis of almost 90,000 servers being used across 200 organizations, Softchoice found that just seven percent have completely migrated to newer operating systems. By continuing to use an OS that is not supported by its developer, businesses are subject to increased security risks and could be in breach of industry regulations leading to fines and other penalties.

Aside from convincing data centers to upgrade their operating system, Microsoft is also tasked with convincing consumers and businesses to upgrade to Windows 10 when it launches later this year.

9 Responses to Windows Server 2003 still used on many servers, despite approaching end-of-support