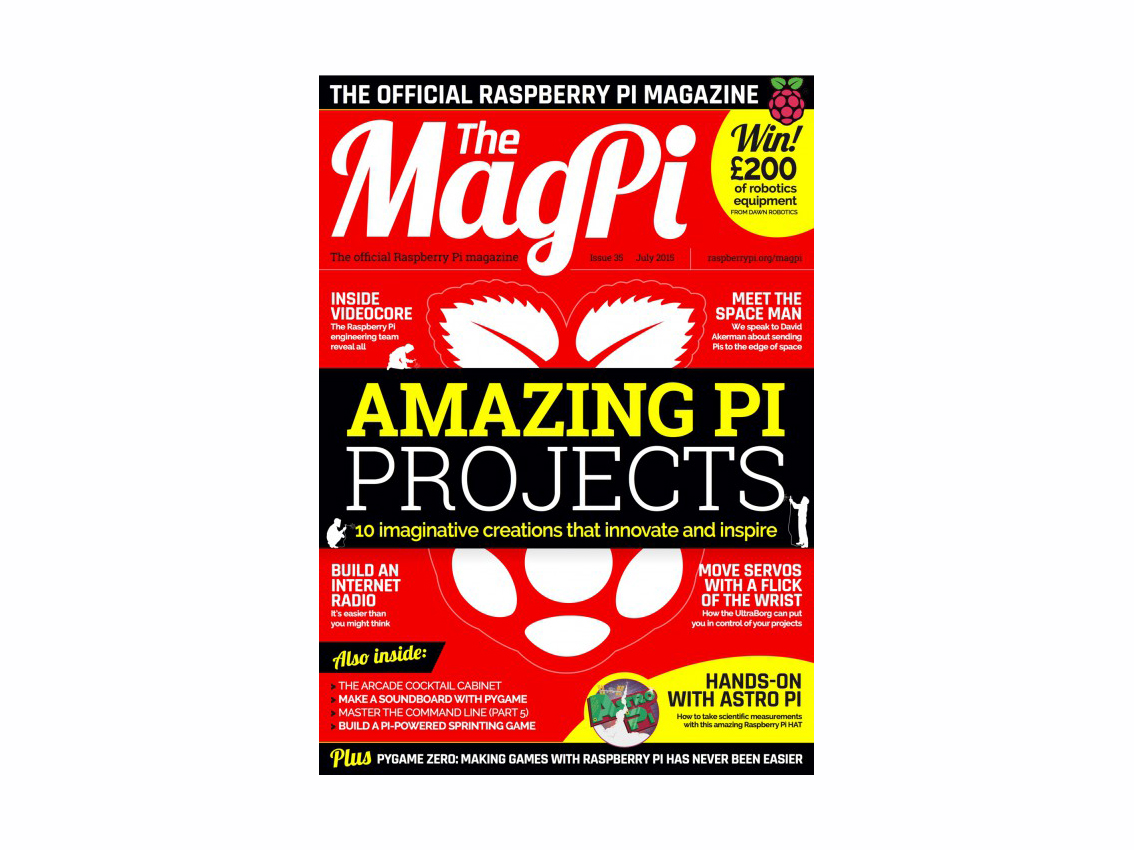 If you’re a big fan of the Raspberry Pi, as we are, there’s a good chance you might have downloaded The MagPi digital magazine before. This is an official magazine packed with builds, hacks and step-by-step tutorials.

It’s always been very popular (partly due to being free of course), with over 100,000 downloads for issue 31 alone. And now the Raspberry Pi Foundation is going to start printing copies of a bigger and better version of the mag and distributing it in the US and UK, starting from 30 July.

Russell Barnes, editor says: "The MagPi magazine has already proved itself to be one of the most successful new technology magazine launches of the year and I couldn’t be happier. It’s not every day that a digital magazine goes to print, but that’s exactly what we’re doing next issue. The Official Raspberry Pi magazine will be available throughout the UK and America, with plans to branch out into other territories and languages as soon as possible".

The 100 page magazine will include the usual mix of builds and guides, as well as features and reviews. It will cost £5.99 in the UK, pricing for other territories will vary (which is the Foundation’s way of saying "not confirmed yet". It will be available in all the major UK newsagents, and you’ll also be able to buy it in the Swag Shop.

Don’t worry if you think this will be the beginning of the end for the free download version, because it won’t. The MagPi will continue to be free to download as a PDF.

Barnes says: "While we’ve been getting hundreds of requests for the magazine in print over the last six months, The MagPi has always been available as a Creative Commons-licensed PDF, and that’s the way it’s going to stay! You can download every issue of The MagPi from raspberrypi.org/magpi and you’ll soon be able to join a mailing list to get the issue delivered to your inbox every issue".