Does Windows 10 attract or repel you? 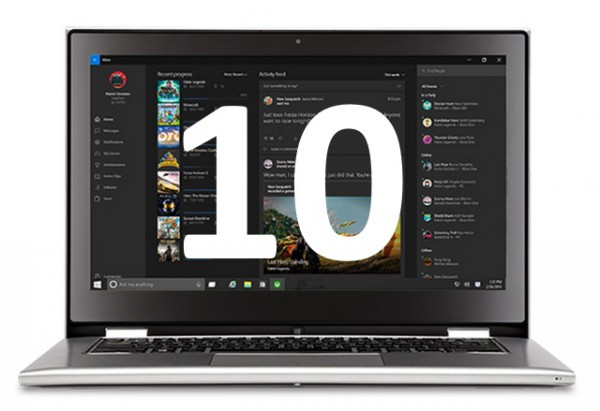 In some ways it only seems like five minutes since the appearance of Windows 8. But at the same time, it feels as though Windows 10 has been a long time coming. While Microsoft has been talking about the upgrade for quite some time, it has only been in recent months that there has been any sense of progress having been made.

Early builds of Windows 10 were a little lacklustre, and even later builds failed to inspire the levels of excitement that Microsoft would undoubtedly want them to do. Any new version of Windows is met with a combination of trepidation, eagerness, and disappointment, and Windows 10 is no different. It's very easy to say that it is impossible to please everyone, but it's certainly fair to say that Windows 10 has proved particularly divisive. Now, as we edge ever closer to launch, the time comes to ask -- what has Microsoft done right, and what is still wrong?

I'm not going to stray into review territory just yet, but when canvassing opinion it makes sense to touch on a few of the operating system's key areas. The development of Windows 10 has seen Microsoft looking for, receiving, and responding to feedback in an unprecedented way -- but has it paid off? Are the changes that have been implemented changes for the better, or has the hive mind made Windows take a turn for the worse?

So what is there to embrace in Windows 10? In many regards, little has changed, but at the same time. The Windows Insider program -- as well as the various leaks that have surfaced -- have given us a great opportunity to familiarize ourselves with the operating system ahead of launch, but it is easy to forget that the vast majority of people will be coming to Windows 10 blind. There have been a lot of testers trying things out, but there are millions more who have no experience at all. July 29 will be the start of a whole new experience.

The Live Tiles that have been ported from Windows Phone still feel a little strange. They appear to have been designed for people suffering from an attention deficit disorder. The Start menu is something that people have been begging for ever since it was culled and replaced with the Start screen. Now it's back and there is a very real danger that Microsoft still has not got it quite right. On the plus side there is the choice between using the Start menu and the Start screen, but the menu is likely to disappoint more than it pleases.

For purists, the Windows 10 Start menu will be an overly large and fussy affair, and the presence of Live Tiles is something that grates. The Start menu has always been somewhere users visit to access apps, files, and folders. Now it is home to information as well. This sound great in theory, but in practice it is far from ideal. Users of the Start menu become accustomed to firing it up, putting it to use as a launcher... and that's it. Now images scroll by, headlines flash up, and all manner of other information is displayed -- if you're willing to stick around and wait for it to appear that is. Spend a little time with Windows 10 and the feeling that the right hand side of the Start menu in general, and Live tiles in particular, is a waste of space and time. Why would you want to spend time lingering in a part of Windows that is historically only a brief stop-over? Your mileage may vary, of course, but the revamped Start menu feels like something of a missed opportunity. It could have been so much more.

One of the biggest features that Microsoft has been shouting about is Edge. The replacement of Internet Explorer is long-overdue, but it's not clear that Microsoft Edge is anywhere near ready. With so few new features in Windows 10, one can't help but feel that it would have made sense to wait a little longer until the browser is fully complete. Perhaps the greatest selling point for Edge is support for add-ons, yet this option will not be available at launch. How many people who rely on add-ons are going to be willing to give Edge another chance further down the line? If you're already invested in Chrome or Firefox, there really is very little reason to move away. It possible that even those moving from Internet Explorer to Microsoft Edge will be tempted to investigate the competition now that concentration has been focused on add-ons and awareness of the possibilities raised.

What else is there? We have a change to the way modern apps run. We have Cortana. There's a virtual desktop manager. There is the much sought after notification system. Is it enough? Has Microsoft listened to feedback enough... or too much?

What are your highs and lows in Windows 10?

227 Responses to Does Windows 10 attract or repel you?