Windows 10 will be a great operating system -- when it's finished 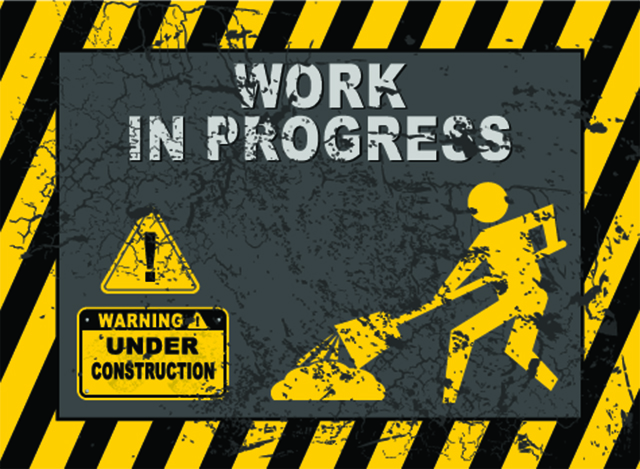 It could be said, with Windows now a service, Windows 10 will never truly be finished, but the truth is the version of the new operating system that’s out now is a long way from being polished enough for prime time. It’s like an Insider Preview build that’s been released entirely in error.

In an effort to wash away the stench of Windows 8, Microsoft has chosen to rush release Windows 10, and the result is an operating system that is clearly still very much a work in progress. The new OS isn’t anywhere near as half-baked as Windows 8 was when that launched, but there are still far too many issues to be ignored. Put bluntly, it's a bit of a mess in places.

One of the things that really bugs me about Windows 10 is the duplication. There’s Settings and Control Panel, both offering two ways to do similar, or identical things, but wrapped up in entirely different interfaces. How do you know which you need? Good question. Want to change your screen resolution? Windows will push you to use the new UI, but the old Change the appearance of your displays version still exists.

Microsoft should have chosen one method for changing settings and customizing the OS and stuck with it, wiping out all traces of the other.

One annoyance I’ve encountered is that certain legacy buttons don’t work. Clicking on Set Associations in Internet Explorer doesn’t let you set the file types that the browser opens by default -- as you might reasonably expect -- but instead displays a message stating "To change your default apps, go to Settings > System > Default apps". Clicking OK doesn’t take you there, just closes the message. Thanks for your help Microsoft, let me go grab a pen. 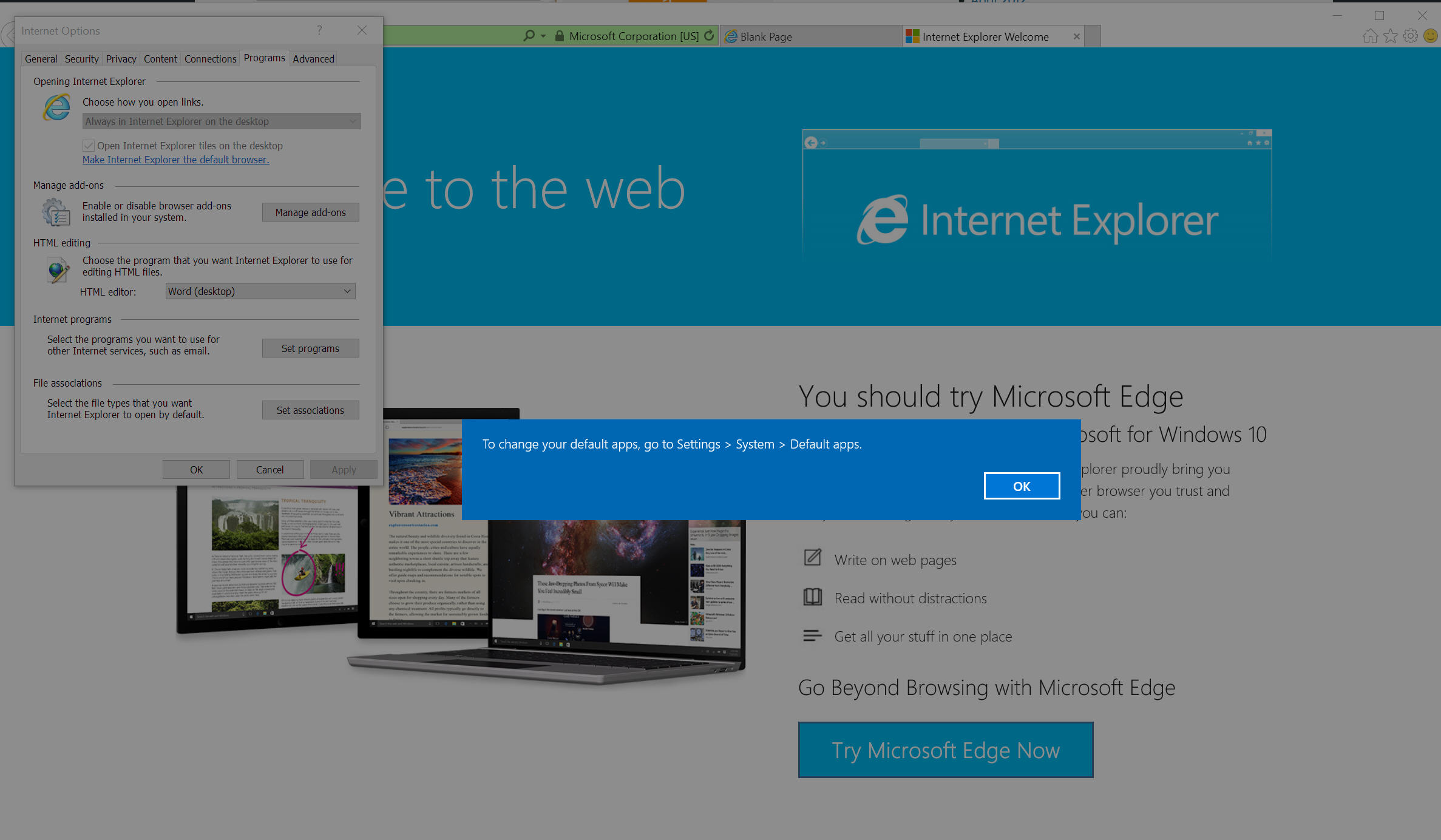 And having two browsers is stupid too. Just include one browser that works. Edge will be quite good when it’s finished, I suspect. But it is clearly more of a proof of concept than a fully formed browser at the moment, lacking support for extensions and so on.

Want to uninstall a program? Well, if it’s an app, you can do it through Settings > Apps & Features. If it’s a legacy app (program, dammit!), then you may be able to uninstall it that way, but I’ve found many applications don’t show up there. Go to the old Programs and Features interface, and every program you can uninstall is listed there. Except apps. They don’t appear in that list at all.

There are small, but fundamental design inconsistencies throughout, including (but not limited to) old icons cropping up next to new ones and at least four entirely different styles of context menu.

These aren’t problems unique to Windows 10 of course. Windows 8.x had the same issues. Microsoft just hasn’t bothered to fix them. But with Windows as a service, maybe it will get around to it. One day.

Since the upgrade I have a problem on my PC with graphics going missing in browsers, and Firefox seems to hate Windows 10. It just crashes without warning. My graphics drivers are fully up to date, as are my browsers. Maybe I need to uninstall and reinstall everything, or do a clean Windows 10 install.

But clearly I’m not the only person experiencing issues with the new OS. We’ve posted loads of guides and stories on BetaNews covering how to do things with Windows 10, but what do you think the most popular article on the site currently is? Overcoming sound problems. It’s such an in-demand article, we’ve covered the issue twice.

A brand new OS is always going to be buggy -- there are so many different types of hardware, so many configurations, that it’s to be expected -- but I feel Microsoft should have taken a little longer to iron out potential issues before declaring Windows 10 done.

Microsoft passed quality assurance over to millions of Windows Insiders but yet quality is far from assured in Windows 10. There’s lots to like about the new OS, and lots to dislike too. As my headline says, I think Windows 10 will be great, when it’s "finished". I just have no idea when that might be.

Have you encountered problems with Windows 10? Share your experiences and frustrations in the comments below.