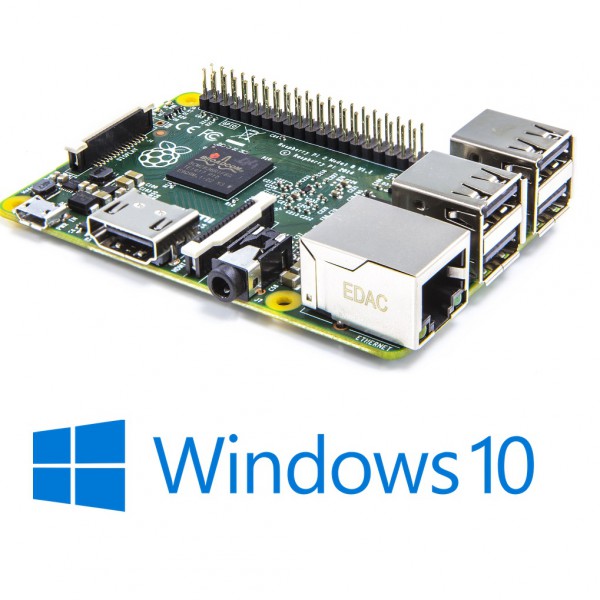 When the original Raspberry Pi was released, I knew I had to have one. While it was intended as an inexpensive computer on which students could learn coding, the Linux and tinkering community drooled at the diminutive machine's potential for other things. It proved to be a fun open source toy.

The official follow-up device, the Raspberry Pi 2, is much more powerful than the original, while retaining the same low price. This increased horsepower apparently caught the eye of Microsoft, as the company announced that Windows 10 would be released for it. Well, today is finally the day -- Windows 10 IoT Core is officially available for both the Raspberry Pi 2 and less-popular MinnowBoard Max.

"Windows 10 IoT Core is a new edition for Windows targeted towards small, embedded devices that may or may not have screens. For devices with screens, Windows 10 IoT Core does not have a Windows shell experience; instead you can write a Universal Windows app that is the interface and “personality” for your device. IoT core designed to have a low barrier to entry and make it easy to build professional grade devices. It’s designed to work with a variety of open source languages and works well with Visual Studio", says Steve Teixeira, Internet of Things, Microsoft.

Teixeira further explains, "we built IoT Core and the corresponding developer tools to make it easy to build projects that are fun and cool, as well as those that have very practical uses in the real world. Find evidence of this in the range of projects, from members of our team, as well as the community, that have been created in the months since our first public builds".

Before you get too excited, it is important to understand what Windows 10 IoT Core actually is. This is not a version of Windows in the sense that you are used to. You won't be booting up to the traditional Windows desktop and installing your favorite apps. No, this is designed for projects, related to the Internet of Things or other things like the quirky air hockey demo seen in the above video.

In other words, it is designed for creators. If you do not code and have no interest in such things, you should definitely steer clear. With that said, why else did you buy a Raspberry Pi 2? If you are the type of Pi owner that just wants to use it as a media center, this is not for you.

Microsoft shares the sample projects below.

What will you create? Tell me in the comments.