Oculus will let you enjoy VR movies with friends 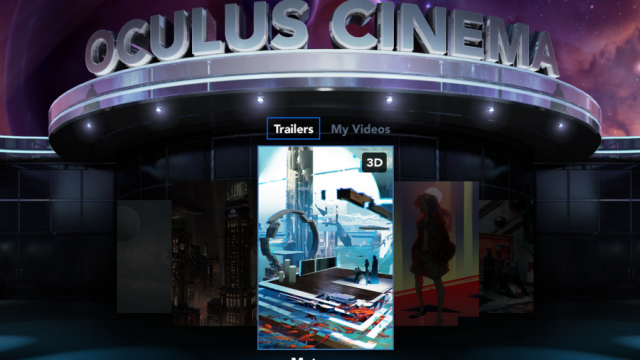 Facebook-owned Oculus plans to make going to the virtual reality cinema a bit less of a lonely experience, by adding a new multiplayer mode to sit in the cinema with friends.

The movie will play at the same time across all Oculus VR headsets, and the user will be able to see friends sitting next to them in the VR cinema. This might be a weird experience, but it is part of Facebook’s goal to make VR a more social experience.

Facebook and Oculus are also working with the film industry to stock movies early. If Oculus is to become mainstream, we might even see the film industry start premiering movies for around the same price as they would in a real cinema.

Oculus Rift will receive quite a few social upgrades in the coming months. Speaking on Road to VR, co-founder Palmer Luckey said avatars and remote multiplayer functionality will be added to the platform.

There is still a year of work before the Oculus Rift hits the market. Facebook intends to make this a big event worldwide, investing millions into advertising next year. It is the first first-party hardware product from Facebook.

Other real-life events that are being built into VR include a dog park, the Antarctic and Mars. Nokia announced a virtual reality camera earlier this week, for filmmakers to start recording VR worthy video.