Is this the new Google Nexus 5? 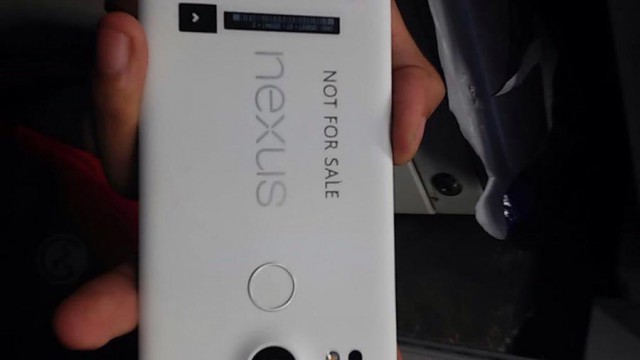 It looks like the first photo of the next Google Nexus phone leaked online, and it shows some interesting details.

According to the Irish Examiner, which says the photo was "posted online", the Nexus 5 phone is on course for a refresh.

The back of the alleged Nexus 5 phone was photographed, and it has a couple of interesting features. First, it’s white in color and has a protruding camera sensor. We can also see a circular fingerprint scanner, as well as a large "not for sale" sticker.

The back also features a large Nexus logo, as well as a sticker with the LG logo.

According to the Irish Examiner, this photo features some of the elements that were showcased in recent renders. "These renders were apparently based on detailed factory schematics sent out to third-party accessory makers", it says in the report.

Rumors indicate that the device will be available in 5.2-inch and 5.7-inch variants. The smaller will be made by LG, while Huawei will handle the larger model.

According to a report by Engadget, the device could be somewhat cheaper because of its plastic casing.

Previous rumors have been saying that Google was actually collaborating with both Huawei and LG for their upcoming Nexus phone, but it seems as it is only LG who will be making the new device.

Apparently this is the new Nexus. Looks fine from this angle. Give us more, Mr Blurricam! pic.twitter.com/qmmvDDCZyY

2 Responses to Is this the new Google Nexus 5?