Among the gaming PCs' features is what Acer calls "one punch overclocking". See full specs below (click to enlarge). 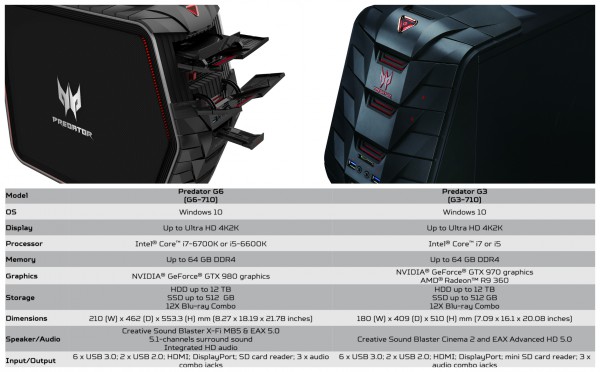 Europeans will be able to buy the Predator G6-710 desktop PC from mid-September, starting at €1,999. Pricing and configurations for North America will be revealed when the gaming desktop ships in October. 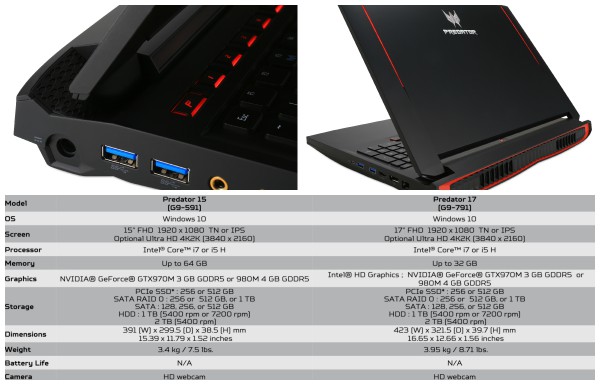 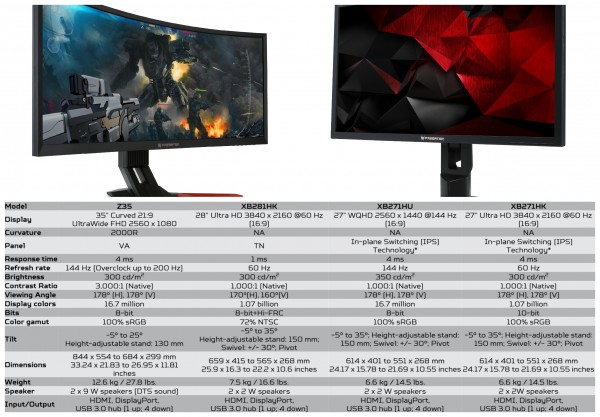 Predator XB1 Series monitors arrive in EMEA in October and the following month in North America. Respective starting prices: €699 and $799.99 The Predator Z35 is expected in December, starting at $1199.99 in North America and €1,099 in EMEA. 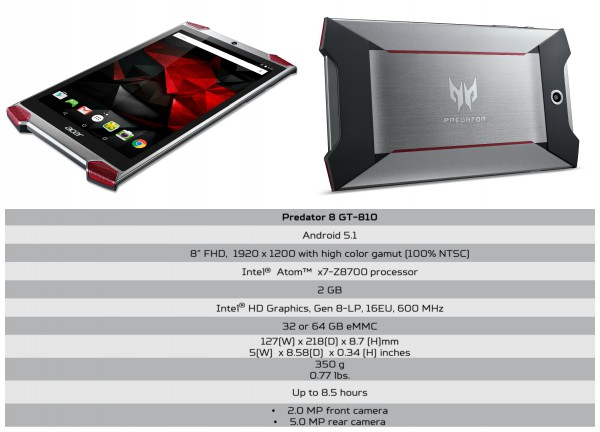 The gaming tablet lands in China and EMEA next month, selling for ¥2499 and €349, respectively. In North America, Newegg will kick off sales in November with a 14-day exclusive, ahead of other retailers. Price $299.99.