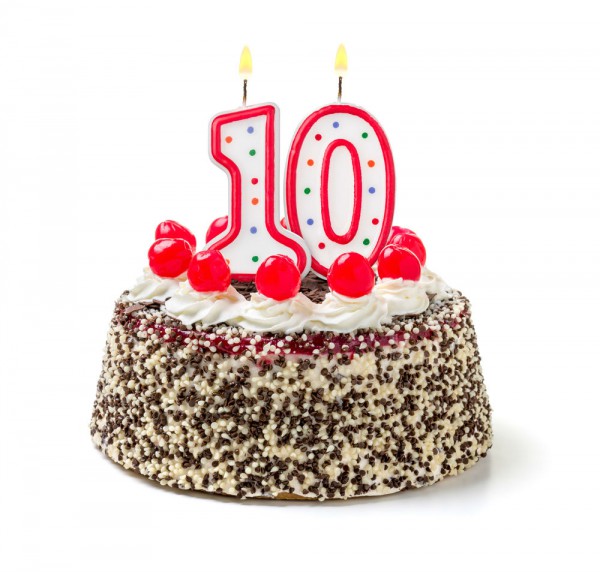 The old adage about how children grow up so fast can easily be applied to many things. The tech world is littered with things we take for granted, and these would once have felt like science-fiction to us. Streaming music is one of those things -- who would have thought you would one day have all of the music you wanted with no vinyl, tapes or CDs?

Pandora is now celebrating ten years in the business. It's hard to believe the little service, created by by Tim Westergren and powered by the Music Genome Project, managed to crack the code and bring music that suits a particular taste, even introducing artists you may have never heard before. Create a station based on an artist, or multiple ones, and Pandora will cook up something to keep you interested.

"We’ve crossed the ten-year mark at Pandora. It has been a long and winding road, but never have I been more excited about the future. We’re on the cusp of a massive transformation in the way music is discovered and distributed and everything we’ve done has put us in a position to be the force behind that change", Westergren writes.

He then reminisces about the early days and how Abba's "Dancing Queen" was the very first song the project analyzed. "It took about 30 minutes to analyze that single track. We listened multiple times to capture every detail of the recording. Close to 200 attributes were notated using pen and paper, then double-checked by a second music analyst before being transcribed into an Excel spreadsheet. Who knew that this intensive, detailed, manual process would become the foundation for personalized radio".

Pandora is quite proud of its 200,000 artists and points out that many never get radio time and perhaps never will. That's a shame, but at least now they have a way to get out there and find a fan-base. The service touts 80 million customers who listen more than 20 hours each month.

Over the next week the Pandora Facebook page will have music trivia, in case you feel up to the challenge. In the meantime, type in Enya and discover Hayley Westenra, or come up with your own choice. 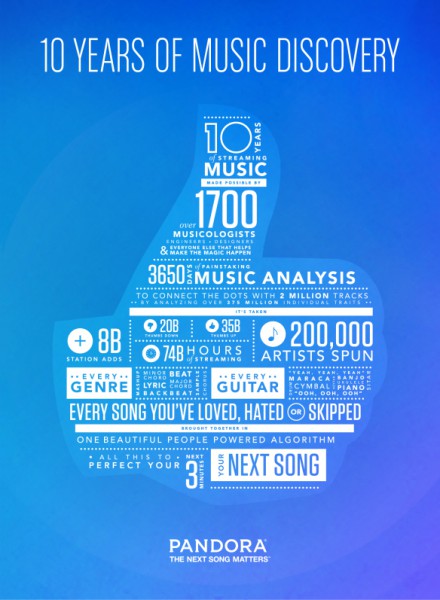