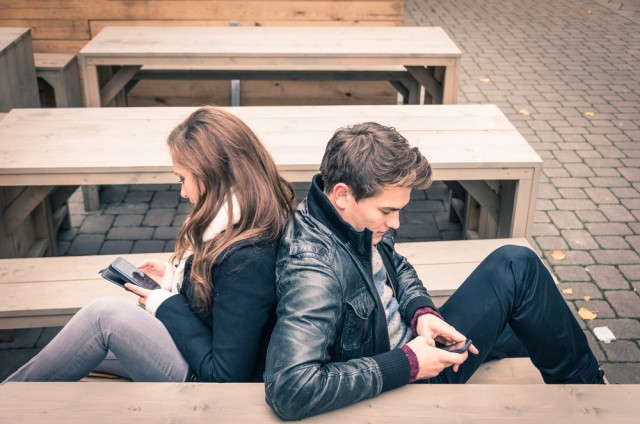 Smartphones are a great way to communicate with people, but according to some new research, our communication is switching from voice to other means.

Talking over the phone is actually dropping in popularity. The number of people making a phone call once a week went from 96 percent to 75 percent over the past three years, according to research carried out by Ipsos Mori for Deloitte, The Guardian reports.

People are using alternative methods -- older users go for text messaging, and younger ones for instant messaging. The amount of time a typical UK smartphone user spends on non-voice activities has almost trebled since 2012 to reach 90 minutes a day.

"There has been a proliferation of tools on the market which allow you to talk without speaking. The main alternative in terms of usage is text messaging for older people and IM for younger people but there are lots of other variants", Lee explained.

"If you wanted to order a minicab beforehand, you would have to call and book. Now you can do all of that without talking. There are more and more processes where the need to talk is being shifted onto a smartphone user interface. For those who don’t want the talk the ability to avoid it is getting easier", Lee said.

"If you imagine your boiler is not working and you call up the plumbers, you can either try and describe what’s wrong or you can show the flashing light. It creates a much more value-added experience when you can start showing things rather than just describe them in words", Lee added.