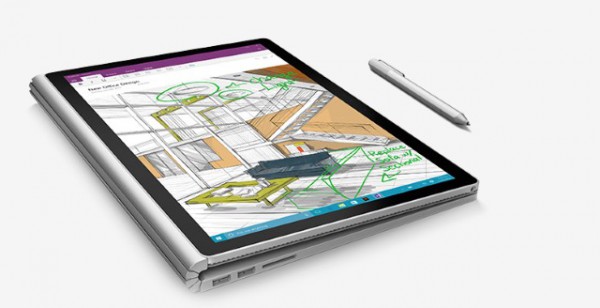 At today's event in New York, Microsoft put on an impressive show. We were -- ironically -- expecting some surprises, and the announcement of the Surface Book meant we weren't disappointed; this is, after all, "the ultimate laptop". The looks are striking. The specs are impressive. The price tag is... eye-watering.

In a way, we should have expected some expensive hardware to be revealed today. With its Surface Pro range, Microsoft showed that it is not afraid to push up the price, but the Surface Book takes things a step further. $1,499 is the starting price. Make a few tweaks to the specs and you could find yourself relieved of a buttock-clenching $2,699. Is there any way to justify this price?

What does $1,499 get you? The base model Surface Book packs a 6th Gen Intel Core i5 and integrated graphics. There's just 128GB of storage and 8GB of RAM. Moving up the scale, you can change the processor, memory, hard drive, and opt for dedicated graphics. The largest hard drive available is 512GB, and you'll only bag yourself a Core i7 processor if you're happy to part with at least $2,000. If you need 16GB of RAM to work with, this is only available in the top of the range $2,699 model. That's a lot to spend on a notebook.

There's no denying that Surface Book is a good-looking piece of kit (well, some might disagree. Attractiveness is, after all, quite subjective) -- although there is the matter of that hinge... of which more in another post. But these are looks and specs delivered at a seriously premium price. These are the sorts of prices that even Apple might be slightly embarrassed to attach to what is essentially a tablet with a keyboard.

Is it a good computer? Almost certainly. Would it be a delight to use? Without a doubt. It is innovative enough or highly specced enough to justify those price tags? Not a chance. Why is the hard drive limited to 512GB? The Surface Pro 4 maxes out at 1TB -- why the difference? Microsoft is pitching this as the ultimate laptop. While it's nice, I think 'ultimate' is stretching things a little -- perhaps in a weak attempt to justify the absurd price. (As an aside, it is interesting to note that while Microsoft refers to the Surface Book as the 'ultimate laptop', in its Surface comparison table it is described as being able to 'Run desktop software just like a laptop'. So is it a laptop, or like a laptop?)

It's possible that Surface Book is such a joy to use that the notion of coughing up the fat end of three grand for a jumped up tablet makes perfect sense... but I'll need to be convinced, and I don't think I'm alone.