HTC launches the One A9 with iPhone-like design and Android 6.0 software, priced at $399 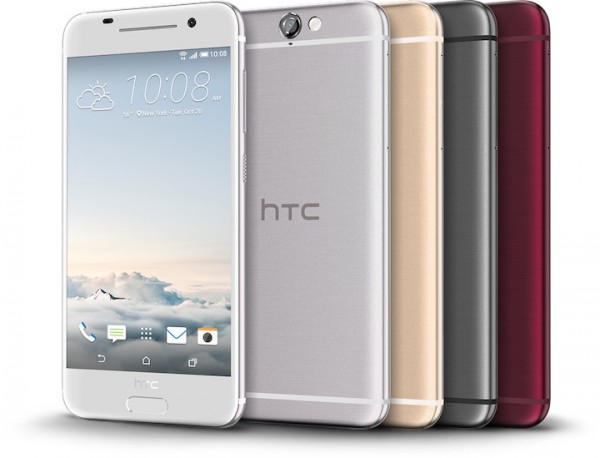 At an event on Tuesday, HTC announced the launch of One A9, "the best HTC smartphone in years", according to the company. The handset comes with a big promise. HTC claims that it will deliver the latest version of Android to the One A9 within 15 days of its availability.

The metal-clad HTC One A9, which looks very similar to the iPhone, comes with a 5-inch Full HD 2.5D AMOLED display with Corning Gorilla Glass 4 protecting the screen. It is powered by a Snapdragon 617 octa-core processor with integrated X8 LTE, and offers users a choice between a 2GB or 3GB of RAM. For storage, users get to pick between 16GB and 32GB, with both variants supporting microSD card for external storage.

On the camera front, there’s a 13-megapixel sensor at the back with OIS, and an UltraPixel shooter on the front. The company says that the selfie camera can capture 300 percent more light than conventional smartphone cameras.

The company also spent several minutes explaining the audio capability of the One A9. The handset comes with HTC BoomSound integrated into the headset combined with Dolby Audio.

On the connectivity front, the handset comes with support for optional HTC Rapid Charger 2.0 which can offer up to 75 percent faster charging. These are just numbers without the much needed context, so we will have to check the device ourselves to see how accurate the company’s claims are.

The biggest attraction of the handset is its Android 6.0 Marshmallow software. It is the third handset after Google’s Nexus 6P and the Nexus 5X to ship with the latest version of Google’s mobile operating system. The company also mentioned that it would offer the latest Android software version within 15 days of its release.

The HTC One A9 comes in Opal Silver and Carbon Gray, Deep Garnet, and Topaz Gold color options and starts at $399 and will start shipping beginning November 2015.

6 Responses to HTC launches the One A9 with iPhone-like design and Android 6.0 software, priced at $399