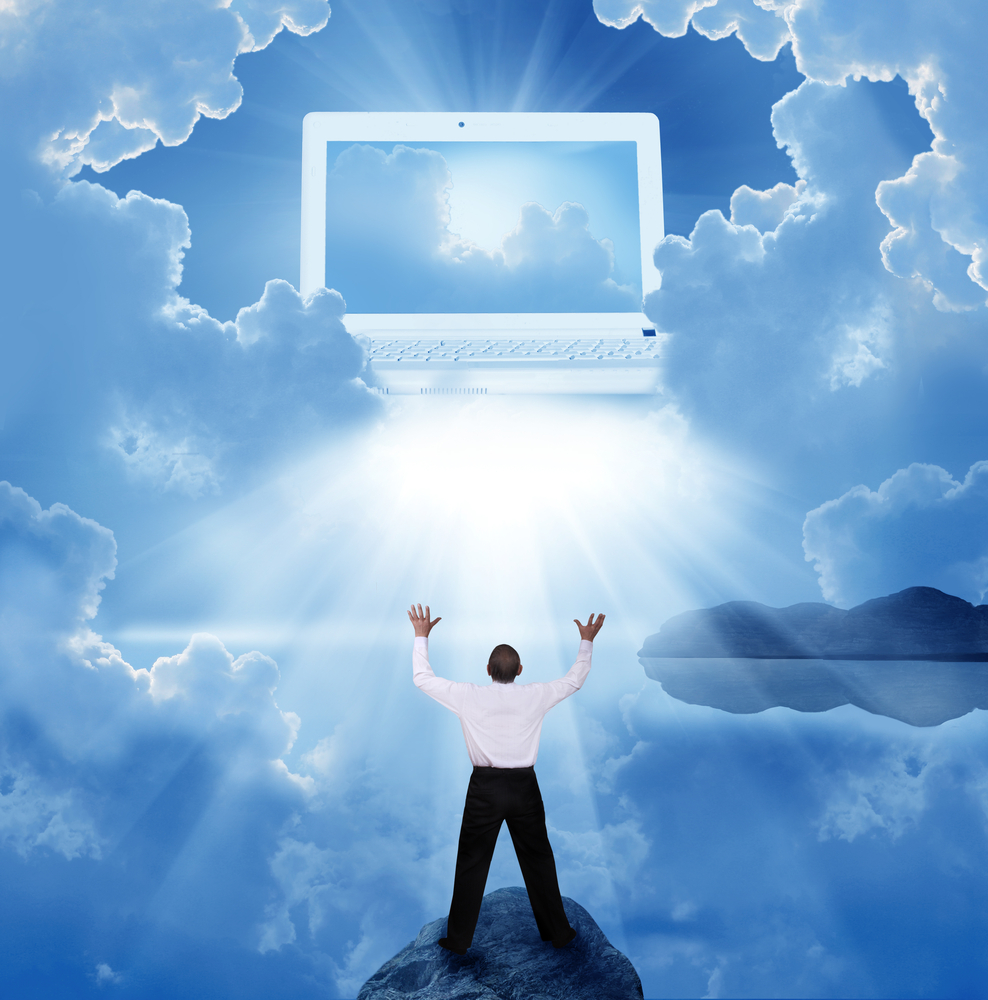 Earlier this year two different research reports came out describing the overall cloud computing market and Amazon’s role in it. Synergy Research Group saw Amazon as by far the biggest player (bigger in fact than the next four companies combined) with about 30 percent market share. But Gartner, taking perhaps a more focused view of just the public cloud, claimed Amazon holds 82 percent of the market with cloud capacity that’s 10 times greater than all the other public cloud providers combined. I wonder how these disparate views can be possible describing the same company? And I wonder, further, whether this means Amazon actually has a cloud monopoly?

Amazon has monopoly power over the public cloud because it clearly sets the price (ever downward) and has the capacity to enforce that price. Amazon is the OPEC of cloud computing and both studies actually show that because both show Amazon gaining share in a market that is simply exploding.

The way you gain share in an exploding market is by exploding more than all the other guys and we can see that at work by comparing IBM’s statement that it would (notice it is speaking about future events) invest $1 billion in cloud infrastructure in the current fiscal year, versus Amazon’s statement that it had (notice is is speaking of events that had already happened) spent $5 billion on cloud infrastructure in the past fiscal year.

Maybe $1 billion against definitely $5 billion isn’t even a contest. At this rate Amazon’s cloud will continue to grow faster than IBM’s cloud.

Wait, there’s more! Only Amazon can really claim it has a graphical cloud. While not all Amazon servers are equipped with GPUs, enough of them are to support millions of simultaneous seats running graphical apps. No other cloud vendor can claim that.

Having a graphical cloud is important because it is one of those computing milestones we see come along every decade or so to determine who are the real leaders. Think about it. There were mainframes with punched cards (batch systems) then with terminals (interactive systems), then interactive minicomputers, then personal workstations and computers, then graphical computers, mobile computers, networked computers, Internet computers and now cloud computers. Each step established a new hierarchy of vendors and service providers. And it is clear to me that right here, right now Amazon is absolutely dominant in both cloud and graphical cloud computing. It set the price, it set the terms, it has the capacity, and everyone else just plays along or goes out of business.

And that sounds like a monopoly, which is illegal, right?

Not really. Apple at one time had 70+ percent PC market share and nobody talked then about Cupertino’s personal computing monopoly. That’s because first movers always have huge shares of what are, at the time, really tiny markets. And right now cloud computing is tiny enough in absolute dollars and as a percentage of any vendor’s total sales that no company is in a position to threaten the existence of another strictly through cloud pricing policies.

If Amazon’s cloud success led to IBM getting out of the cloud business it wouldn’t be IBM going out of business, just Armonk turning its capital toward some other, more lucrative, purpose.

But there is an important question here and that’s at what point Amazon will be in a position to use lethal cloud force? It’s a market doubling or more in size every year. How many more doubles will it take for Amazon to gain such lethal business power? I’d say five more years will do it. 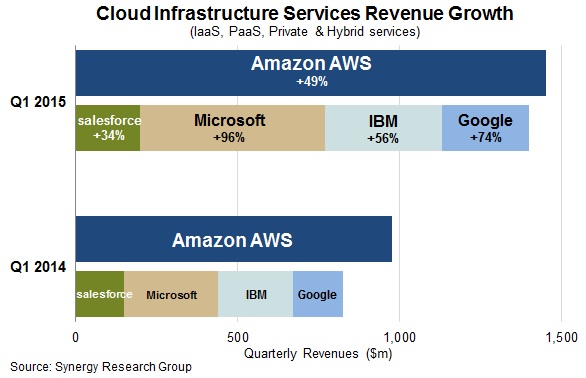 And when I say do it, think about the company we are talking about. Amazon is unique. No large company in the industry right now has a more effective CEO than Jeff Bezos. No large company has a bigger appetite for calculated risk than does Amazon. No company is more disciplined. And -- most importantly -- no large company has the ear of Wall Street the way Bezos and Amazon do. They can try and fail in any number of areas (mobile phones, anyone?) and not be punished for it in the market. And in this case that’s because the market is smart, relying on Bezos’ innate ruthlessness.

If Amazon reaches a true monopoly at scale it’ll do all it can to make no room at all for competitors.

And that’s why we should all probably root this time for the other guys, just to keep Amazon somewhat in check. In the coming months those possible competitors will identify themselves through significant graphical cloud investments. Microsoft will certainly be there. IBM might be there. Apple could always decide at any time to play in this new sandbox but I’m not sure it really understands the game and Amazon might already be untouchable.