Do dropped phones really always land screen side down? 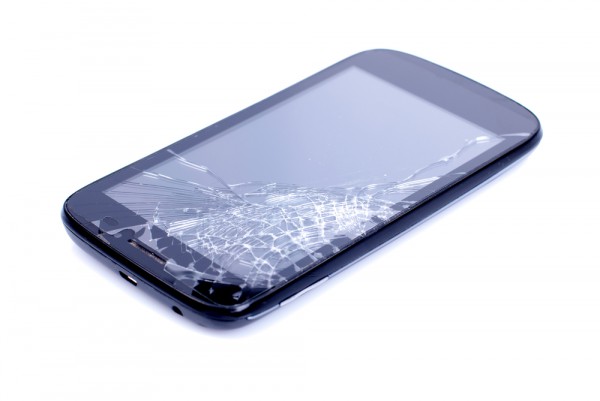 It always seems to be the case that if you drop your phone it lands screen side down and gets cracked.

A survey by Motorola suggests that one in three of us in the UK is using a smartphone with a cracked screen so this would seem to be true, but can it be proved scientifically?

As with the laws of physics causing toast to land butter side down, a similar phenomenon can be applied to your handset. A theory developed by physicist and Aston University visiting professor, Robert Matthews, explains why it's not just down to bad luck.

Professor Matthews' study notes that smartphones are often held loosely in one hand, with the user's fingers below the phone's center of gravity. This makes the phone both more at risk of being dropped, and more likely to pivot about the fingers. Once the phone leaves the hand, it spins at a rate dictated by the various forces acting on the phone as seen in the diagram below.

The forces acting on the phone at this point can be represented by a formula:

This where L is the length of the smartphone, g is the acceleration due to gravity, p = 2δ/L is the 'overhang parameter', δ is the overhang distance, and θ is the angle of the smartphone when it starts its descent. Don't worry if you haven't got all that, there won't be a test at the end.

What this means in practice is that a dropped phone is unlikely to break contact with the fingers before it's achieved a high enough spin-rate to attain a safe, screen-up landing.

Professor Matthews says, "People might think it's just their bad luck when a fumbled phone lands screen-down and smashes. In fact, physics is to blame, making screen-down landings more likely. It seems we’re all at risk of experiencing this manifestation of Murphy’s Law: 'If something can go wrong, chances are it will'. People who are naturally clumsy and often fumble their phones are clearly particularly at risk".

5 Responses to Do dropped phones really always land screen side down?