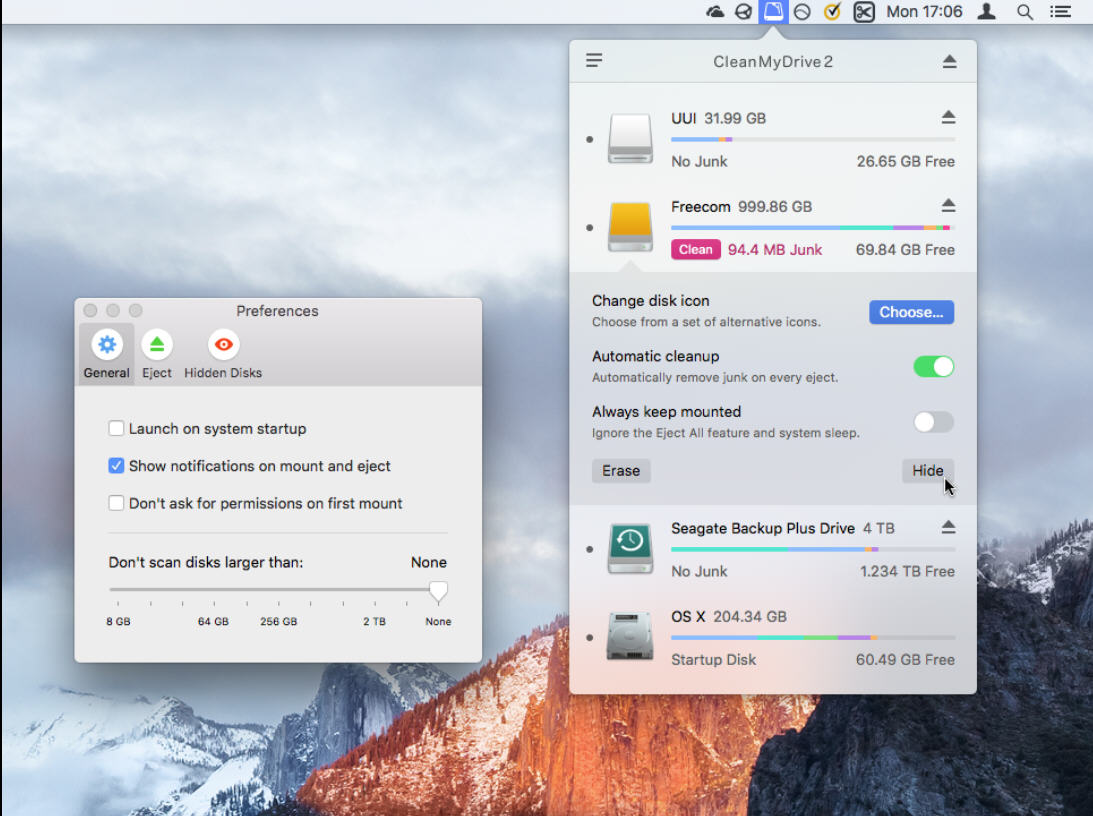 Version 2 debuts a completely redesigned user interface, plus adds a number of new tools and features, including the ability to set custom icons for drives via additional in-app purchases.

The program debuts with a completely redesigned user interface, which ditches the dark color scheme to more seamlessly fit in with Yosemite and El Capitan OS X builds.

It’s not just about aesthetics: version 2 adds a number of new features too. Users can now drag files on to the app’s menu bar icon, then move them over an external drive icon to copy the file to that drive.

Each drive is now also accompanied by a color-coded legend making it easy to identify what types of file are taking up most space on the drive.

The app also introduces support for notifications informing when drives have been mounted or ejected, while the mass disk eject feature gains a keyboard shortcut.

CleanMyDrive doesn’t provide users with a list of what files it cleans (other than overall file size), so relies on a certain level of trust when prompting users to use the one-click cleanup button. Version 2 claims to have improved its hidden service files cleanup algorithm, while also offering an option to automatically clean drives before they’re ejected.

Version 2 also introduces a "hide" button that allows users to keep selected drives away from the program’s sphere of influence.

One final addition introduces support for customizing drive icons, although this involves making in-app purchases of icon sets. At time of release, two sets are available for $2.99 each, but there’s the promise of more to come.

CleanMyDrive 2 is available now as a free download for Mac users running OS X 10.10 or later.