Get Xara Photo & Graphic Designer 9, worth $89.99, for FREE at Downloadcrew Giveaway! 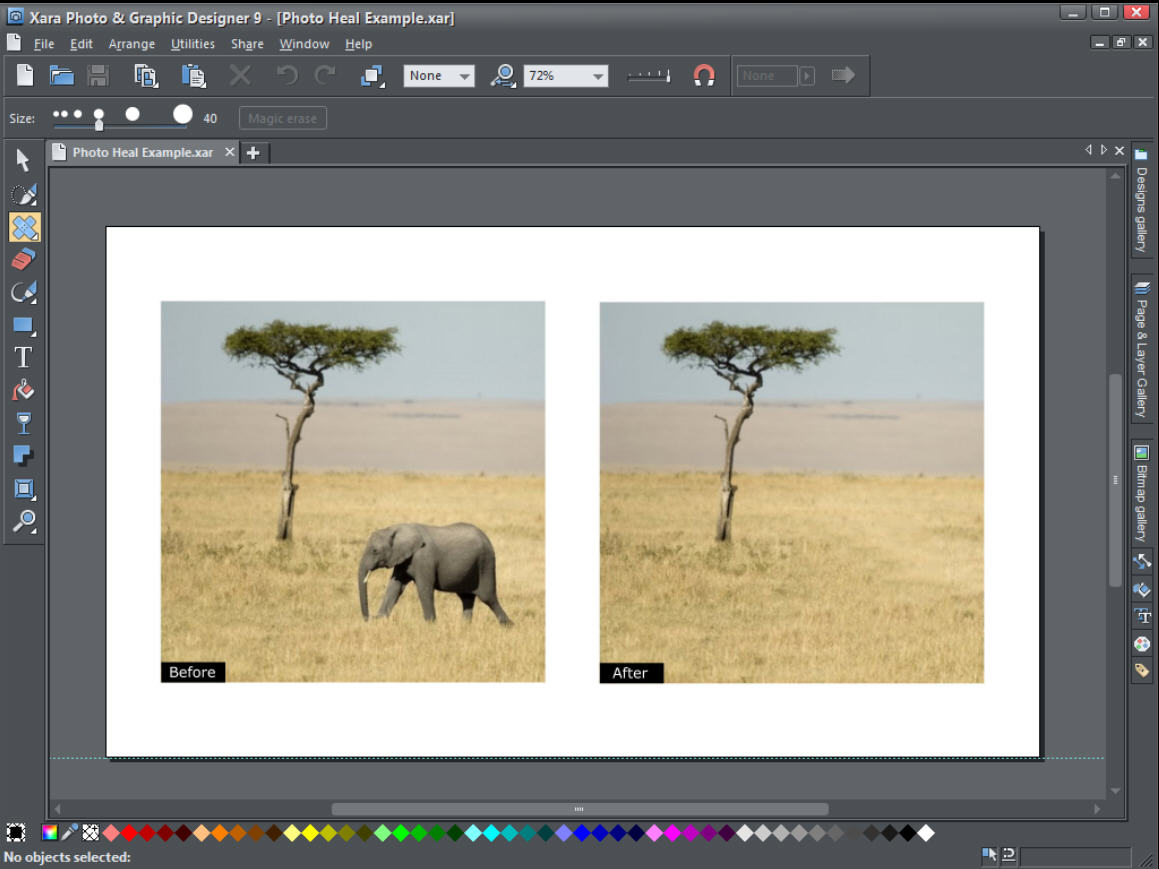 Now this is a real doozy -- a $90 graphical powerhouse for nothing! Xara Photo & Graphic Designer 9 covers all your design needs, from photo editor to DTP package, vector drawing to web graphics (including Flash animations).

Xara Photo & Graphic Designer 9 may retail for $89.99, but for 24 hours from from midday EST on December 24th, you’ll be able to pick up a one-PC license of this superb design tool for nothing, nada, zilch.

Xara Photo & Graphic Designer 9 covers all the bases, thanks in part to some new features that were introduced in version 9. The photo-editing tool had already had all the core functionality covered, with crop, resize, sharpen, perspective fixes and red-eye correction, but version 9 adds in a powerful photo healing tool as well as background erase.

The program also supports a wide range of photo plugins, both its own format and Photoshop. Over 40 are included to help you get started.

Xara Photo & Graphic Designer is also a desktop publishing powerhouse too, with a built-in Designs Gallery giving you a head start with templates for a wide range of projects, and included clipart and photos to help design everything from brochures to full-blown newsletters. A feature new to version 9 allows you to make document-wide stylistic changes with just a few clicks.

It all adds up to one unmissable giveaway, so make sure you bookmark the Xara Photo & Graphics Designer 9 giveaway page and set your alarm for 12pm EST (9am PT or 5pm GMT) on Thursday December 24th.

Giveaway: we’ve a limited number of free Xara Photo & Graphics Designer 9 licenses to give away, each one worth $89.99. Licenses are provided on a first-come, first-served basis.

The giveaway starts midday EST (that’s 9am PT or 5pm GMT) on Thursday, December 24, and expires when the licenses run out or on December 25 at midday EST, whichever comes first. So make sure you zip over to Downloadcrew Giveaway on Christmas Eve after midday to get your free code!

5 Responses to Get Xara Photo & Graphic Designer 9, worth $89.99, for FREE at Downloadcrew Giveaway!