The pros and cons of implementing a bug bounty program 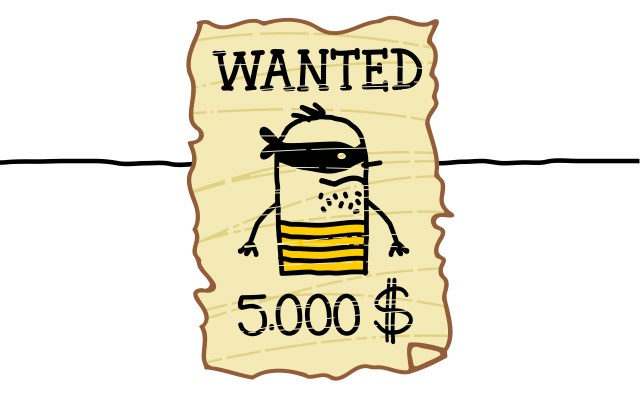 A recent incident with the Facebook Bug Bounty program has led to many different reactions supporting both Facebook and the security researcher. Regardless of who is right in that whole story, the one fact is clear: the researcher went far beyond what the social media site had initially expected, and got access to the sensitive data the company didn’t really want to share with anybody, including the researchers’ community.

These days bug bounties have become very popular, raising more and more questions about their efficiency and effectiveness. We will try to understand how and if bug bounties can be used to test your corporate web applications. I intentionally omit bug bounties for stand-alone software (e.g. Chrome or various IoT applications) as it’s a different topic.

On the one side, the crowd-sourcing approach to vulnerability testing used in bug bounties makes a lot of sense. As the more security researchers participate in the audit, the more vulnerabilities and weaknesses they will find. Bug bounties’ "pay per result" approach also may look very attractive for many CISOs who are constantly trying to optimize their budgets to cover all the risks and threats in a very hostile and dynamically changing cyber environment.

On the other side, bug bounties have some pitfalls we need to clearly understand:

A vulnerability you may be perfectly aware of, and that you do not plan to remediate immediately for an economic reason, compatibility problem or due to an agreement with your supplier, will probably be quickly reported to you by several researchers at the same time claiming the bounty. A refusal will certainly provoke the rage of the community that will not report any more vulnerabilities to you in the best-case scenario. Such behavior is perfectly reasonable with the "pay per result" conditions of complicated work.

Yes, you may specify any conditions and criteria for vulnerability submission, however few researchers will fully read them and even fewer will practically respect them. Again, don’t be surprised with such comportment when you pay unknown people per results.

Some people tend to think that bug bounty can seriously reduce vulnerability testing costs as you pay only for results. For the majority of cases, this assumption is totally wrong, as a poorly-implemented Bug Bounty will just spoil your relations with the security community and create a bad reputation for your company.

Some researchers will even intentionally proceed to full disclosure in revenge for lack of responsiveness or award refusal. A good example is the recent mess around Oracle CSO Mary Ann Davidson’s blog post, which berated the constantly growing number of garbage submissions, including copy-pasted reports of automated scanners. If you launch a bug bounty make sure you have enough technical and human resources to handle, analyze and properly follow-up the avalanche of submissions that you are likely to receive -- every single submission should be properly answered in a timely manner.

As soon as a bug bounty is announced, many legitimate researchers from all over the world will start probing your systems. Quite often they will go beyond the initially defined perimeter of testing, trying to compromise a secondary system to get access to the target (e.g. to get source codes of your web application stored on SVN server). Unexperienced researchers and newbies will just start automated scanning with all open-source and free software they will find. Such an environment is an El Dorado for Black Hats to hide in the traffic noise, and a nightmare for your SIEM.

I personally know two companies that received "bug submission reports" from researchers who proudly claimed bounty payment for DoS attacks against the company’s infrastructure. I omit the huge arsenal of free, often buggy and thus dangerous, tools that (unexperienced) researchers will launch all at once against your systems without any caution.

As a response to some of the above-mentioned challenges, several bug bounty management companies recently entered the cybersecurity market, offering a sort of intermediary service between your company’s bug bounty program and the researchers.

They definitely do great work in helping both businesses and the researcher’s community. However, they have also brought some confusion to the market: some security officers try to compare (managed) Bug Bounties with traditional web security instruments and solutions.

Let’s try to figure out the limits of the bug bounties for web applications in comparison to the traditional web security:

Some bug bounty management companies can limit your bounty project to researchers with high reputation, specific skills or even location -- however they just shift their business model towards classical penetration testing with unclear profitability, as the more limits you have the more difficult is to find a qualified researchers who will agree to work remotely and get paid by result. In this case, you’d better hire penetration testers yourself: many small companies in developing countries will offer you very attractive prices and guaranteed scope of work.

Testing methodologies shall be proportional to your web infrastructure and its expected usage in production. Therefore, if you are a large company with numerous publicly facing web applications open to anyone and designed for everyone, a bug bounty program can definitely be a great added-value for your existing security arsenal.

Otherwise, you’d be better off concentrating on the main risks to web applications, and spending your security budget on traditional web security solutions and services that are more suitable to your business needs and technical requirements.

Bug bounty is like hitchhiking: a great way to travel when you are on holidays or have plenty on time, but totally unsuitable for the majority of business trips, which require assurance, quality and accuracy.