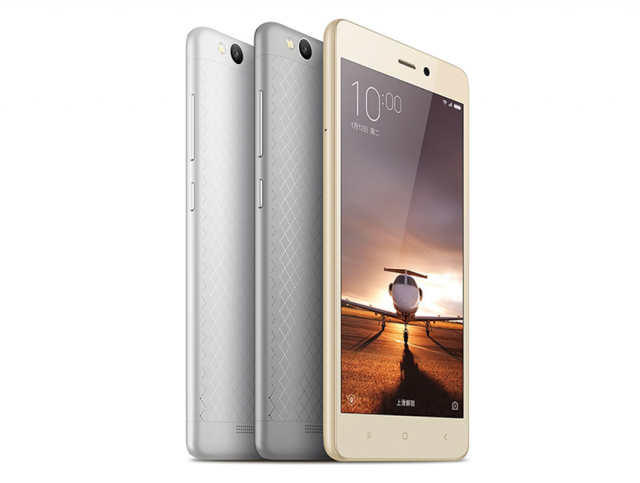 Xiaomi is well known for delivering attractive devices at very affordable prices. Its new Redmi 3 is no exception. The company's latest Android smartphone is a mid-range handset with a huge battery, but with a price tag that puts it closer to entry-level offerings.

Redmi 3 is positioned as one of the more affordable Android devices in Xiaomi's lineup, being introduced at the RMB699 (roughly $107) price point. For the money, there is really nothing that potential buyers might miss.

The star of the show is, without a doubt, the 4,100 mAh battery, with support for "fast charging" (the device will charge the battery at 5V at 2A). Users can expect to get great battery life, also thanks to Xiaomi's choice of display and processor.

Xiaomi has opted for a lower-resolution 5-inch panel (720 by 1,280), which should keep the load on the octa-core Qualcomm Snapdragon 615 processor at a minimum. The chip is coupled with 2GB of RAM.

Redmi 3 has a 13 MP f/2.0 camera on the back, and a 5 MP f/2.2 shooter on the front. The former has phase detection, which theoretically means that it will be able to autofocus accurately and quickly.

The smartphone is equipped with 16 GB of internal storage, but also a microSD card slot which supports cards up to 128 GB in size. Also worth noting is that it has dual SIM support; the second slot doubles as the microSD slot.

Redmi 3 will be available in three colors starting tomorrow from Mi.com and Tmall. For the moment, its availability is limited to China, but interested buyers will no doubt find a way to import it. Xiaomi has hinted at international availability, but there are no official plans to bring it to global markets as of yet.