What's on your wrist? Wearable market expected to continue its surge 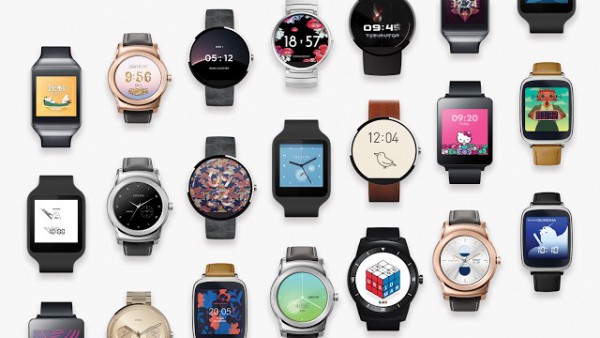 Apple Watch, Android Wear, Google Glass, the list of wearable technology continues to grow longer. New products were unveiled just recently at the Consumer Electronics Show in Las Vegas. We saw items like the watch from Casio, which may appeal to this year's buyers.

The trend is expected to continue, at least according to a new report from Irish firm Research and Markets. How big will this growth be?

According to the numbers, 2014 saw sales of 25.3 million devices, while in 2015 these shot up to 72.5 million. The analysts project this to continue, reaching 228.3 million in the year 2020. The firm also expects Bluetooth to remain the primary means of connectivity, although it claims cellular will have a large place in the future market.

The entry by Apple into this market caused a large response from rivals rushing to add new products to the lineups. This has even reached the more traditional manufacturers like Fossil and TAG Heuer.

As of today, fitness trackers still have the lion's share of the market, accounting for 51 million of 2015's sales. "Market pioneers such as Fitbit, Jawbone and Garmin have in the past years been joined by an abundance of companies including major players from the smartphone industry. Xiaomi has been particularly successful with its affordable trackers and the company is the only fitness tracker vendor which can compete with Fitbit in terms of sales volumes", says Johan Svanberg.

That category may increasingly suffer as a growing number of smartwatches offer the same functionality. However the dedicated devices are still expected to rise slightly in marketshare.

Will 2016 be the year you purchase wearable technology, or have you already? Or perhaps you just have no interest at all? It certainly isn't for everyone.