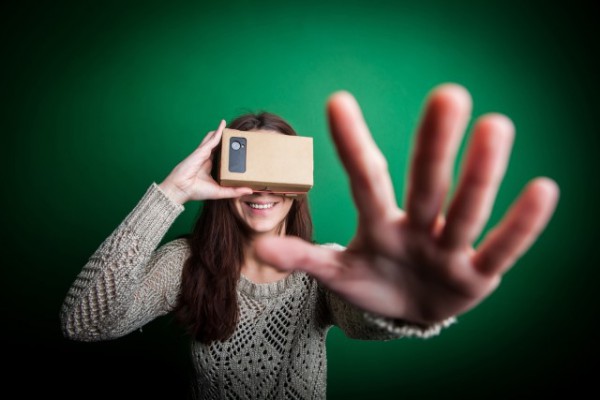 In many ways, virtual reality has come a very long way over the past couple of decades or so. But while old VR headsets looked rather techy and somewhat futuristic -- something that is still true of Oculus Rift -- there is also a cheap, simple version made out of little more than cardboard.

Google Cardboard provides smartphone users with a quick, easy and, most importantly, cheap way to transform a handset into a virtual reality unit. Just over a year and a half since the origami VR kit launched, Google shares some statistics about how it has been received and used.

In 19 months, more than five million people have dabbled with Google Cardboard viewers, and there have been more than 25 million immersive apps installed. Perhaps because Cardboard was a great stocking stuffer, the run up to Christmas saw a huge ramping up of app installations -- a jump of around 10 million installations between October and December.

But Google Cardboard is not just about apps -- three quarters of a million VR photos have been uploaded, and Cardboarders have watched more than 350,000 hours of VR videos on YouTube.

The most popular app for Cardboard is Chair In A Room, but Google shares details of the top five: 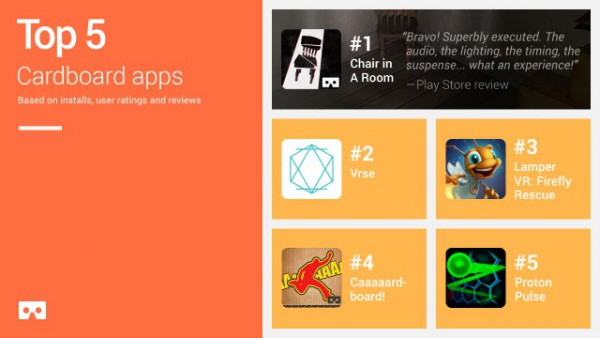 Proving that Cardboard is not just about fun and entertainment, Google also says that half a million students used the VR headset to go on virtual field trips around the world.