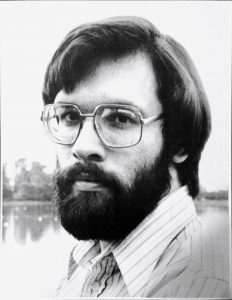 My birthday was this past week. When I came to Silicon Valley in 1977 I was 24 years old. Thirty-nine years later I am 63 and a lot changed around me in those four decades. I went from young to old. The personal computer industry, of which I consider myself to be a part, went from being two years old to 41 -- an even greater change than I have experienced.

And the point of this column is to write a bit about how personal computers have matured and where they are going, because I am pretty sure the PC is going away. And I have figured out why.

It’s hard for those who weren’t there to imagine how different Silicon Valley was in 1977. There were orchards still in the valley -- lots of them. There were millionaires, too, but you wouldn’t know them. I met Intel founder Bob Noyce for the first time waiting in line at the bank when I asked him to put out his cigarette (he did). I knew Dave Packard because his daughter Nancy had been my wife’s roommate at Stanford. Linus Pauling lived at one end of my street and Edward Teller lived at the other end: the Nobel Peace Prize winner and the father of the H-bomb lived only a few blocks apart. Across the street lived Tennessee Ernie Ford. One night while playing Trivial Pursuits we called Pauling on the phone to ask him a chemistry question and he happily gave us the answer.

The big companies back then in the valley were Del Monte (canned fruit), HP, Intel, Atari, IBM, Lockheed, and Food Machinery Company (FMC) -- a maker of military tanks. Apple was just starting. Microsoft was two years old. Zuckerberg was not even born. There was no Internet. There was the Arpanet but it was strictly non-commercial with 50 kilobit-per-second backbone pipes. Tim Berners-Lee was a British schoolboy.

Who knew it would get so big? Not me and certainly not my parents, who I urged to invest in Bay Area real estate but they thought it was a bad idea. They were scandalized when I bought a house in Palo Alto that year for $57,000 and shocked again in 1999 when I sold the same house for $990,000 (it would be worth $3 million today). You can’t go home again.

Time passes and you go from being one of the youngest people to be doing what you do to one of the oldest, yet somehow that passage of time goes unnoticed. I don’t feel any different except some times in the morning when it hurts a bit to get out of bed. But time passes nevertheless and the effects, if slow, are insidious.

It takes society thirty years, more or less, to absorb a new information technology into daily life. It took about that long to turn movable type into books in the fifteenth century. Telephones were invented in the 1870s but did not change our lives until the 1900s. Motion pictures were born in the 1890s but became an important industry in the 1920s. Television, invented in the mid-1920s, took until the 1950s to bind us to our sofas.

We can date the birth of the personal computer somewhere between the invention of the microprocessor in 1971 and the introduction of the Altair hobbyist computer in 1975. Either date puts us today about halfway down the road to personal computers’ being a part of most people’s everyday lives, which should be consoling to those who can’t understand what all the hullabaloo is about PCs. Don’t worry; you’ll understand it in a few years, by which time they’ll no longer be called PCs. By the time that understanding is reached, and personal computers have wormed into all our lives to an extent far greater than they are today, the whole concept of personal computing will probably have changed. That’s the way it is with information technologies. It takes us quite a while to decide what to do with them.

I wrote that in 1991 and looking at the PC business circa 2016 I think I was correct. We still have PCs but fewer of them are being sold every year. Something happened, but what?

Personal computers went from being computational devices (spreadsheet machines) to communication devices (Internet gizmos and intelligent cameras). And because of Moore’s Law and our desire to put ever more personality into our computers we morphed our favorite 1991 toy from a desktop into a smart phone.

Put the power of a desktop into your hand and who needs a desktop?

And that’s why the PC, like me, is almost ready to retire.