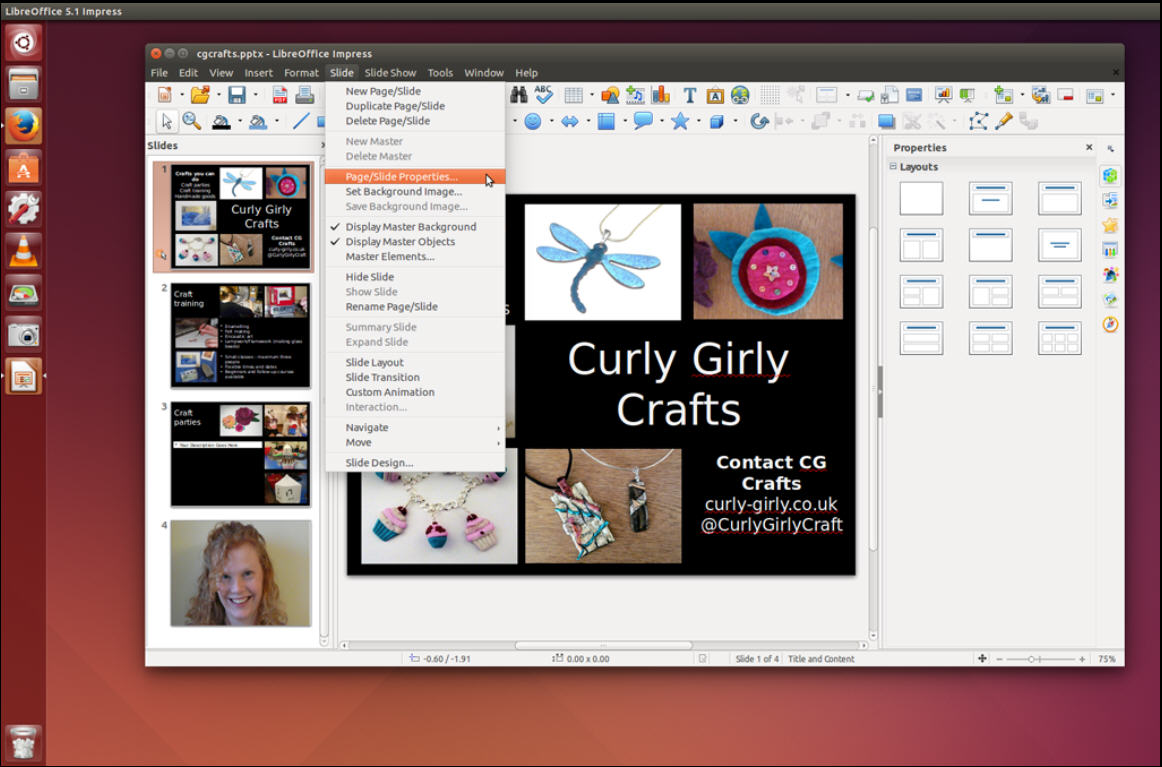 The Document Foundation has released LibreOffice 5.1 64-bit and LibreOffice 5.1 32-bit. It comes just under six months after version 5.0 debuted back in August yet unveils some major changes to the user interface as well as performance improvements.

LibreOffice 5.1 promises new and simplified application menus, faster start-up times and a number of application-specific improvements, including better slide transitions in Impress and a host of new features in Calc.

LibreOffice 5.1 opens with a major reorganization of menus in Writer, Calc and Impress with the aim of making the program easier to navigate and more intuitive to use. Each application has gained an additional menu item to house this reorganization -- Writer adds a new Styles menu, while Impress adds a dedicated Slide menu and Calc gains a new Sheet menu.

The new build also comes with the promise of improved controls on charts and diagrams as well as various other UI tweaks such as the addition of Grouped Slide Transitions in Impress and the addition of image flip buttons to Writer.

The program has also been optimized to perform faster on all platforms, with reduced startup times one visible improvement.

LibreOffice 5.1 also widens interoperability in other areas too, adding filters for Apple Keynote 6, Microsoft Write and Gnumeric files. It also improves file access on remote servers including Google Drive and Sharepoint, making them accessible from the File menu with read and write options.

OpenGL has been more deeply integrated into Impress too, with the promise of a better user experience as well as improved slide transitions. Two new toolbox icons have been added to make it easier to switch between Impress’s seven working modes, plus toggle tab bar visibility.

Writer tweaks are less major, with the spelling dialogue box no longer closing when a spellcheck is finished, and widow/orphan paragraph text flow now enabled by default for all new documents. Mail merge users will also be pleased to learn the datasource definition is now embedded into Writer documents rather than held in a separate file.

For a complete rundown of the extensive changes in OpenOffice 5.1, please check its release notes.