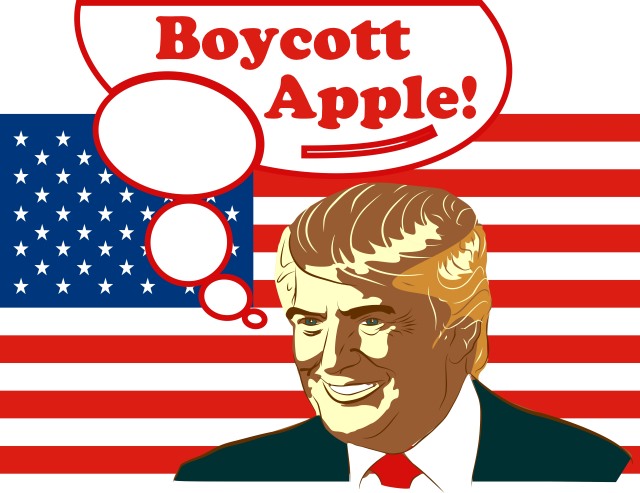 Apple is standing fast on its decision not to help -- publicly, at least -- the FBI to gain access to the iPhone owned by Syed Farook, one of the San Bernardino terrorists. In the latest twist in the saga, Apple has revealed that the password for the Apple ID associated with the phone was changed whilst Farook was in custody.

Apple says that this closes off another route to accessing the data the FBI seeks. Had the password not been changed, the company says, it may have been possible to retrieve backup data without the need to create a backdoor into the suspect's phone. Meanwhile, wading in to the Apple/FBI debate with all of the elegance of an epileptic elephant, serial buffoon Donald Trump has called for a boycott of Apple products -- despite tweeting from an iPhone himself.

Tim Cook has been vocal and very public in insisting that his company will not help the FBI to circumvent the PIN protection currently blocking access to the data stored on Farook's phone. In a bid to avoid creating a backdoor to bypass encryption Apple had suggested four possible ways for the FBI to try to gain access to the data they wanted -- one of which included triggering an iCloud backup and intercepting traffic.

And then there's Trump.

Never a man to keep his thoughts to himself, he has proposed a boycott of Apple products until the company decided to comply with the demands of the FBI. Speaking at a town hall event in South Carolina, the Republican presidential candidate said:

What I think you ought to do is boycott Apple until such time as they give that security number. How do you like that? I just thought of that!

Trump might want to start practicing what he preaches as it was quickly noticed by many that his official Twitter account was being updated via an iPhone: