Microsoft is wrong to pester insiders for Windows 10 feedback 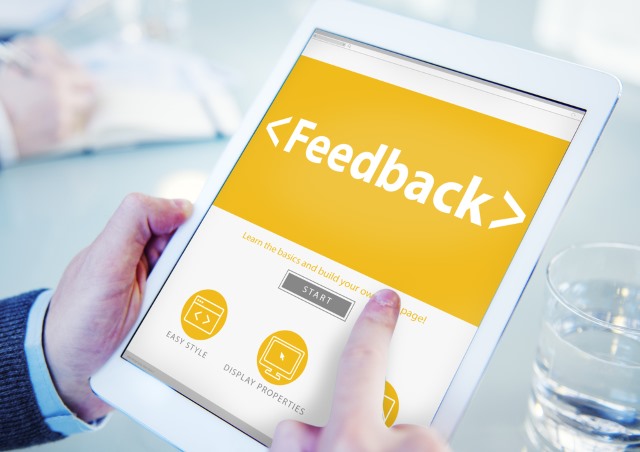 Windows 10 has enjoyed the largest beta testing program of any version of Windows. In opening up the Windows Insider program to anyone who wants to sign up for it, Microsoft has been able to gather valuable feedback from more people than ever. But not enough people it seems.

Users of Windows 10 preview builds have been asked to provide feedback using either the feedback app, or by responding to occasional popup notifications that appear. Up until now these notifications have been optional but in the latest Redstone build there is no way to disable them. Of course the first argument to be put forward is that gaining feedback is the very point of running the insider program. But is it that simple? Could mandated feedback actually be counterproductive?

There is no requirement for anyone to actually provide feedback when prompted to do so -- the notification can just be dismissed or ignored -- but the change sees Microsoft trying to second guess its customers. Placed in Microsoft's control, alerts to provide feedback appear 'automatically', meaning that they could well pop up at inopportune moments.

The change was introduced as part of Windows 10 Build 14271 which was released last week. At the time, Gabe Aul said:

Getting feedback is an integral part of the Windows Insider Program. After each build upgrade or after certain activities, Windows will often ask for feedback. The answers to these questions is used by our engineering teams to understand how Windows Insiders feel about a particular experience or a particular build. Starting with Build 14271 and newer, the frequency in which Windows will ask for your feedback will be locked to "Automatically (Recommended)" in the Settings app and managed by the Windows Insider Program. If having the ability to change this setting is important to you – you can roll back to the Windows 10 November Update (the latest build or future builds in our Current Branch) and disable Windows 10 Insider Preview builds on that device. You will then be able to change this setting. While we don’t require Windows Insiders to answer these questions, we do hope they take the time to answer them so that we can better improve Windows for our customers.

Boiled down, the advice from Gabe is to suck it up or don’t upgrade to this build.

Of course, Microsoft is completely within its rights to make whatever demands of Windows Insiders it wants, but it's not necessarily a good idea. Naturally, the company is looking for feedback, but it's not clear that the change actually makes sense.

I would argue that the most valuable feedback is that which is provided voluntarily at a time that suits the user. You may notice a quirk or stumble across an issue that you feel Microsoft should know about, and it makes sense to feed this back in a timely fashion while it's on your mind. This is user-driven feedback.

The approach that Microsoft is now using is rather more like a customer satisfaction survey. At the end of a week-long visit to a hotel you need to think back over the course of last seven days and provide an opinion about what you thought was good, and which areas need improvement. The problem is, our memories fail us. When something goes wrong the immediate, natural response is to try to address the issue, not (necessarily) provide feedback. At the end of the week, a problem with the hotel that irks you on Monday may well have been forgotten by Friday.

It's the same with Windows 10's feedback notifications. Feedback that is proactively provided by users when they encounter an issue or think of something is far more useful than Microsoft squeezing users every now and then. If an alert pops up asking you what you think of, for example, how File Explorer works, you're more likely to want to continue with what you were doing rather than breaking off and taking the time to think back to the good and bad things you have experienced.

On the flip side, users who encounter a problem will (probably) want to do two things -- firstly, address the problem by way of workaround if necessary, and secondly let Microsoft know about the issue so it can be addressed. There's no need to think back far to remember the specifics of what you have encountered, you can feedback while it's still fresh in your mind.

Sure, Microsoft may end up getting less feedback if it was left as being entirely optional, but it would certainly get more valuable feedback.